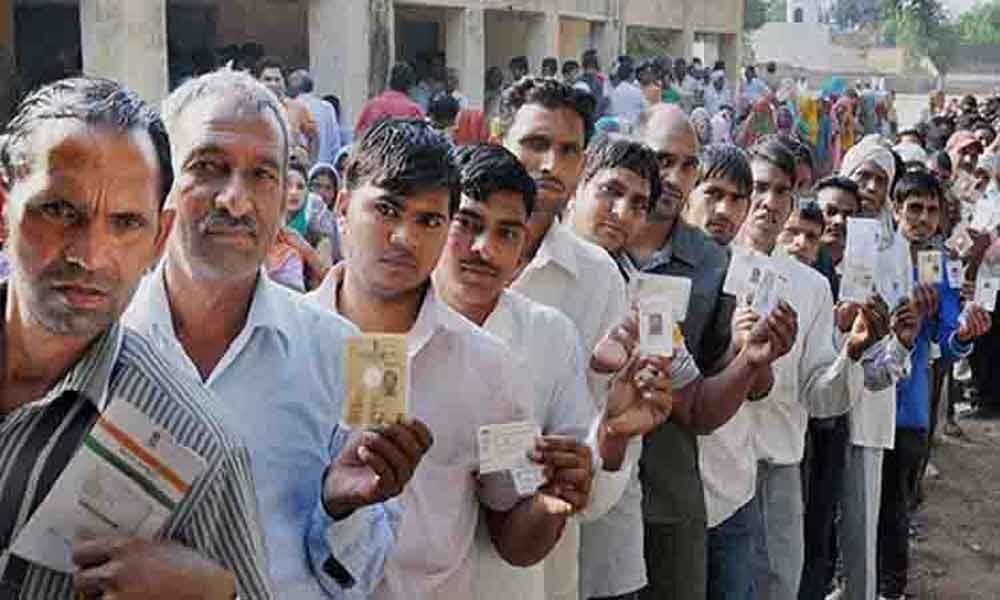 The stage is set for polling in 91 Lok Sabha constituencies across 20 states and Union Territories on Thursday in the first of seven-phased polls to elect a new government at the Centre.

New Delhi:The stage is set for polling in 91 Lok Sabha constituencies across 20 states and Union Territories on Thursday in the first of seven-phased polls to elect a new government at the Centre.

Voting for Assembly polls will also be held in Andhra Pradesh, Sikkim, Arunachal Pradesh and the first phase of Odisha.

The first phase will see interesting battles in all the states going to the polls and will decide electoral fate of sitting Chief Ministers, several Union Ministers and some senior leaders from different parties.

In Andhra Pradesh, voters will cast two votes each to elect 25 MPs and 175-member Assembly while in Telangana the polling will be held only for the 17 Lok Sabha seats. The state has gone for early Assembly polls last year.

Five seats of Uttarakhand, two each of Arunachal Pradesh, Jammu and Kashmir and Meghalaya and one each of Chhattisgarh, Manipur, Mizoram, Nagaland, Sikkim, Tripura, Andaman and Nicobar as well as Lakshadweep will go to the polls on April 11.

The first phase will also cover Uttar Pradesh's eight out of 80 Lok Sabha seats, four out of 40 seats of Bihar and two out of 42 seats of West Bengal.

In Telangana, Chief Minister K. Chandrashekhar Rao's daughter K. Kavihta is seeking re-election from Nizamabad, where 178 farmers who entered the fray to highlight their problems including lack of remunerative prices for their produce. Kavitha is locked in a three-cornered contest with Congress' Madhu Yaskhi Goud and BJP's D. Arvind.

Congress party's Konda Vishweshwar Reddy, who is the richest candidate in Telangana and Andhra Pradesh with declared family assets of Rs 895 crore, is seeking re-election from Chevella.

Naidu is seeking re-election from Kuppam in his native Chittoor district, while Jagan is contesting once again from Pulivendula, his family stronghold in Kadapa district.

Naidu's son Nara Lokesh is making his electoral debut, contesting for Assembly from Mangalagiri in capital region of Amaravati.

Of Maharashtra's 48 constituencies, voitng wilh be held in seven constituencies of Vidharbha, with the focus on Nagpur -- the headquarters of the RSS -- and Chandrapur, the hometown of Mohan Bhagwat, where Nitin Gadkari, who brought the Metro to Nagpur and Ahir will be seeking another term on his development work in the area.

In Baramulla in Jammu and Kashmir, the main contest is between Mohammad Akbar Lone of the National Conference, Abdul Qayoom Wani of the Peoples Democratic Party and former Inspector General of Police Raja Aijaz Ali of People's Conference. While the main contest in Jammu would be between Jugal Kishore Sharma of BJP and Raman Bhalla of Congress.