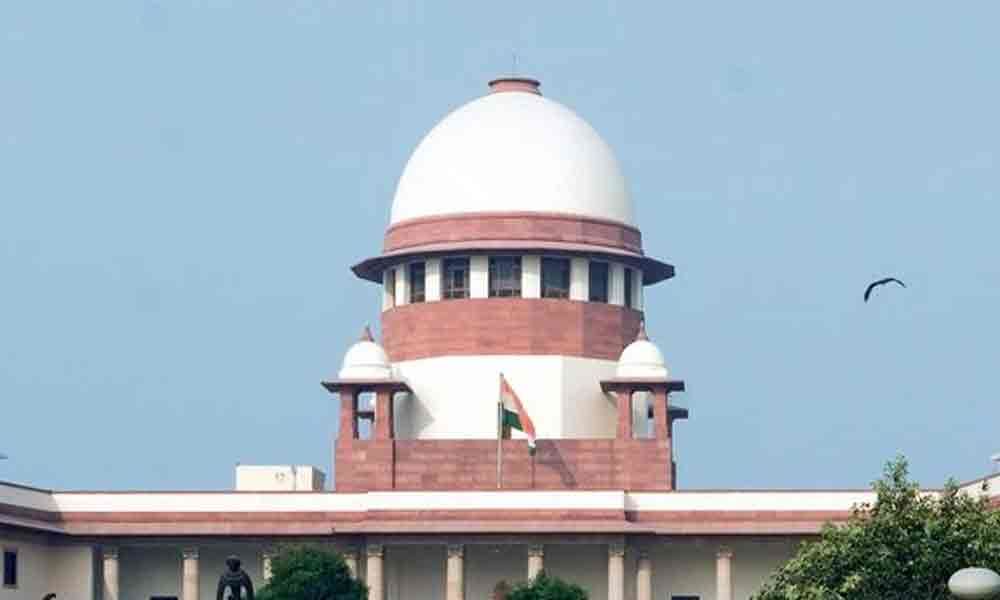 The Supreme Court on Wednesday issued notice to the Union government, Central Bureau of Investigation and five states, including Andhra Pradesh, on a Public Interest Litigation against illegal sand mining across the country.

New Delhi: The Supreme Court on Wednesday issued notice to the Union government, Central Bureau of Investigation and five states, including Andhra Pradesh, on a Public Interest Litigation against illegal sand mining across the country.

Filed by Tuticorin-resident Alagarsamy, the PIL sought a direction to the Centre not to grant any environment clearance pan-India for sand mining projects without taking into account their cumulative impact on the entire region.

The Bench, led by Justice SA Bobde, sought a detailed response from the Centre, CBI, and the Ministries of Environment & Mines of Madhya Pradesh, Maharashtra, Punjab, Tamil Nadu, besides Andhra Pradesh.

The petition points out that the Ministry of Environment, Forests and Climate Change has classified sand mining projects having area up to 25 hectares as category B2 project under the EIA notification 2006, which do not require EIA, EMP or public consultation before grant of EC.

Although the Supreme Court had directed in 2012 in Deepak Kumar case that all mining projects, regardless of area, should have EC, the classification of sand mining projects having less than 25 hectares area has made the EC meaningless, the petitioner states.

The petition refers to Sustainable Sand Mining Guidelines framed in 2016, which stated that exempting EIA, EMP and public consultation does not serve the purpose of environmental clearance which is to ensure environmentally sustainable and socially responsible mining. To uncovering sand mining scams, a probe by the Central Bureau of Investigation (CBI) is also sought by the petitioner.