Tharoor challenges PM Modi to contest against him from Trivandrum 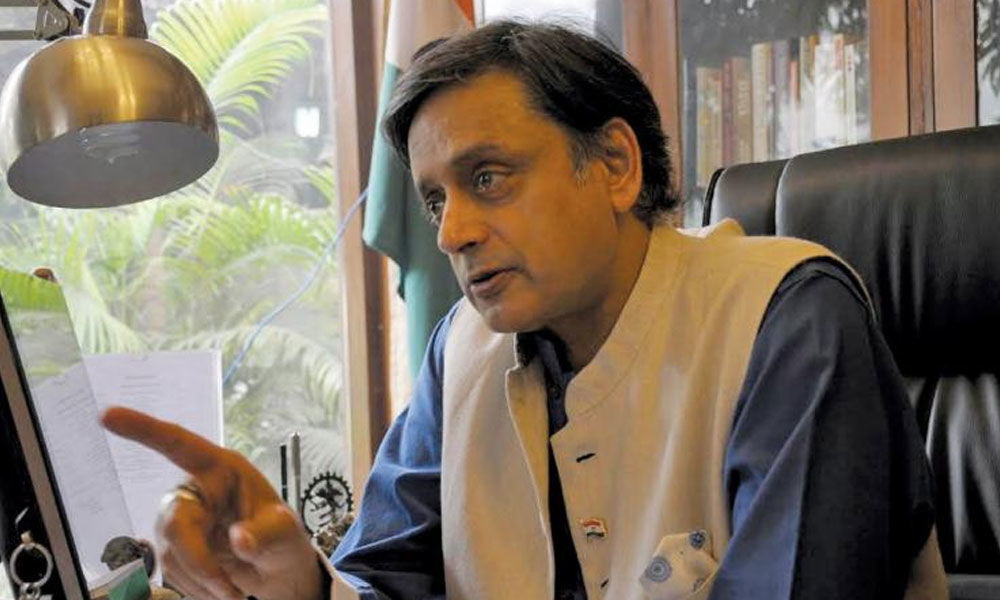 Tharoor's response comes after Surjewala announced that Rahul will 'positively consider' the Kerala Cong proposal to contest from Wayanad.

"Would Prime Minister Modi like to contest from South. If so, we welcome him in Trivandrum. Let him come and challenge me here. I will give my good fight for his money," Tharoor, local MP, told ANI.

Stating that Congress president Rahul Gandhi is confident enough of winning both North and South of the country, Tharoor said: "Well I'm delighted by the news that Rahul Gandhi will contest from a constituency in Kerala."

"This shows that first of all, we have a candidate who is confident that he is going to be the Prime Minister and he wants to show that he is electable in both North and South of the country. I think that's a real question to ask Narendra Modi -- Does he have the confidence that Rahul Gandhi has?"

"Rahul Gandhi's contesting from Kerala will be a huge morale boost for the entire Congress. Someone like Rahul Gandhi, who is a president of the national party, contesting from our state...I think it's going to be one more sign that United Democratic Front (UDF) will full sweep Kerala with 20-0 this time," he said.

However, the Congress earlier this month had announced that Rahul Gandhi will contest from his bastion Amethi. BJP is fielding Smriti Irani from the constituency.

So far the Congress party has finalised candidates for 12 seats in Kerala. The Congress is contesting 16 out of 20 seats in Kerala leaving four seats for its allies – two seats for the Indian Union Muslim League (IUML) and one each for Kerala Congress (Mani) and Revolutionary Socialist Party (RSP).