Tributes pour in for Sushma Swaraj on social media 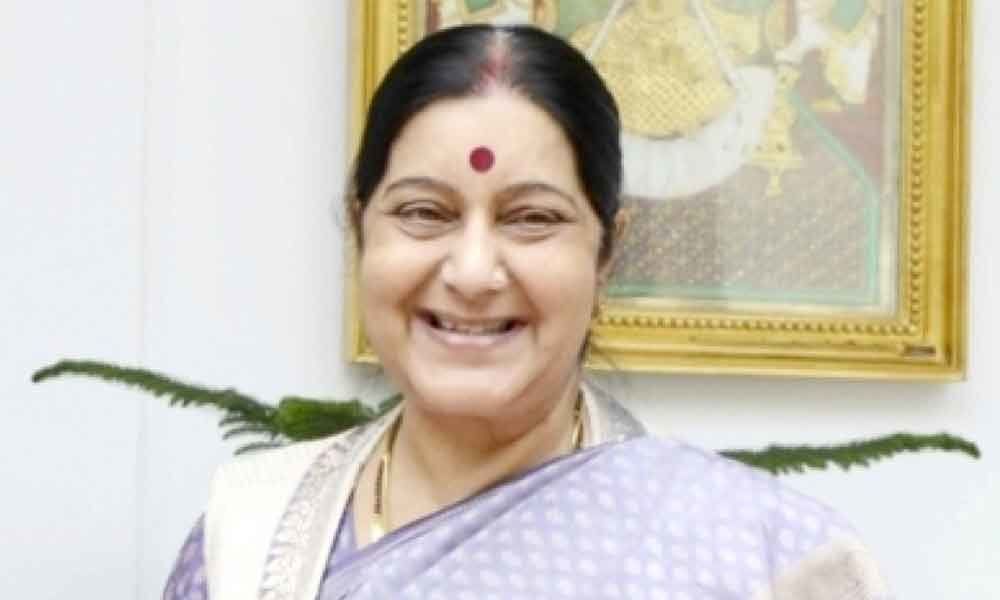 "The nation has lost one of its finest women leaders. A woman of profound intellect, unparalleled eloquence and the epitome of culture and refinement. Rest in peace, may God be with you, dear Madam. #SushmaSwaraj," former Foreign Secretary Nirupama Menon Rao tweeted.

"I'm beyond aggrieved at the passing away of Smt. #SushmaSwaraj A veteran politician and a pillar of the BJP, she was loved by everyone. She will be remembered as the most endearing & helpful politicians of recent times. My condolences to her family and friends," BJP MP Gautam Gambhir tweeted, adding that her demise was a huge loss to the nation.

Just a few hours before her death, Swaraj tweeted that she was delighted to see India taking steps to scrap Article 370 of the Constitution.

"Thank you Prime Minister. Thank you very much. I was waiting to see this day in my lifetime," she tweeted.

With 13.1 million followers on Twitter, Swaraj was one of the world's most popular woman political leaders on social media.

She was known for her prompt responses to people's problems, especially of Indians living abroad.

She also took action on other problems such as issues with getting passport reported by people on social media.

Many social media users termed her a mother figure.

"Mam hav such a face which 80% people can relate to with their mother's She was like a mother figure, always smiling, amazing positive aura, best orator, when she spoke, everyone listened. #SushmaSwaraj ji you are amar," wrote one user.