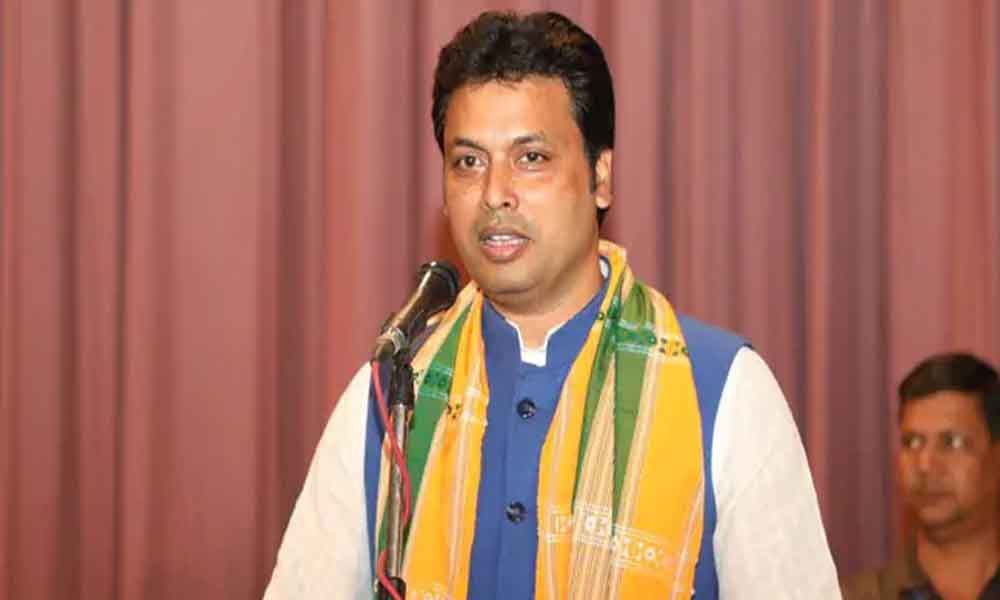 Plans are on to elevate the status of Tripura capital to that of a world class city by providing it with modern amenities, Chief Minister Bipalb Kumar Deb has said.

Agartala: Plans are on to elevate the status of Tripura capital to that of a world class city by providing it with modern amenities, Chief Minister Bipalb Kumar Deb has said.

He was speaking to reporters after laying the foundation stone for five new projects under the 'Agartala Smart City Mission' here on Tuesday.

Prime Minister Narendra Modi had launched the Smart Cities Mission across the country in 2015 and Agartala was included in the first list of 100 cities to be turned into smart cities, the chief minister said.

The budget for the city's modernization is Rs 2,063 crore and the Centre and the state are sharing funds equally, he said.

The state government's 50 per cent will come with the support of HUDCO and the Asian Development Bank (ADB).

"After the project is complete, we will have to maintain it, but Agartala Municipal Corporation (AMC) does not have that amount of money. So, you should be ready for a hike in taxes within the next three years," he said.

In course of time, the city dwellers would automatically develop a mindset to pay taxes for better civic amenities, he said.

Nobel laureate Rabindranath Tagore, who immortalized the princely state through his writings, had visited the kingdom seven times, the chief minister said.