Violence against children will not be tolerated: Shailaja 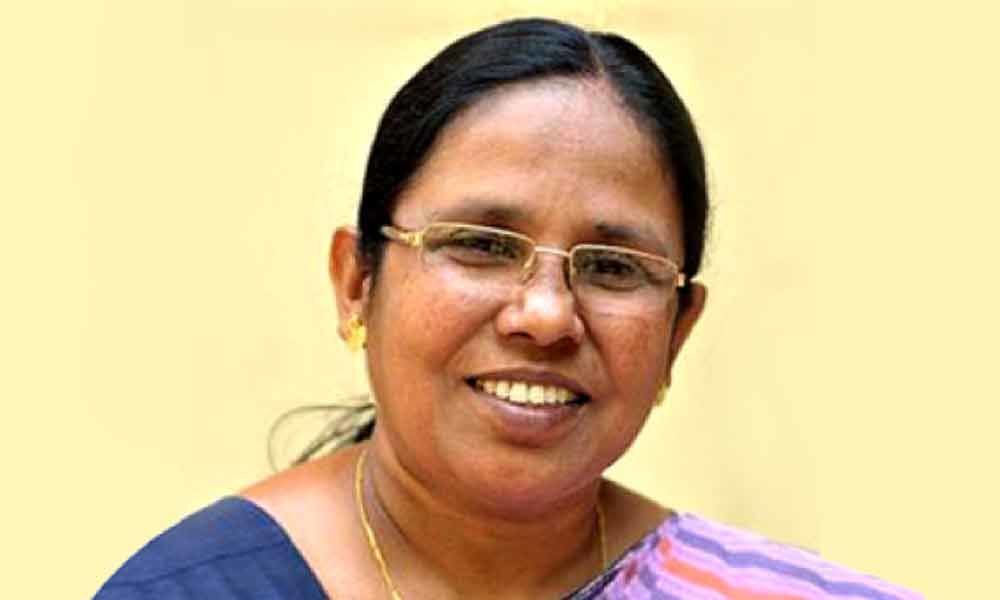 The people were asked to report to the authorities about child abuse through the toll-free number 1517 by the minister.

Social justice minister K K Shailaja said that violence against children will be dealt with seriousness as the death of a seven-year-old boy, who was fighting for life after being beaten by his mother's partner in Thodupuzha, became a serious issue.

"Violence against children will not be tolerated, and direction has been given to take strict action against the accused. In most cases, the children are abused by family members itself. Effective awareness campaign should be conducted in this regard and attitude towards children should change. If a child is suffering from any kind of abuse, it should be reported to authorities," said Shailaja.

The people were asked to report to the authorities about child abuse through the toll-free number 1517 by the minister.

Suraksha Jyothi was organized by the Kerala state commission for safeguarding child rights, for protection of children and to pay tribute to the boy at Martyrs Square in the evening. The candlelight vigil witnessed children from Karimadom Colony and Don Bosco Nivas in the city.

"The commission has taken a suo motu case in this regard. Investigation is progressing on the right track, and we are monitoring the probe. There needs to be awareness in society regarding protection of children. Public should inform child protection committee, when a child in their locality faces any kind of abuse," said chairperson of commission for protection of child rights, P Suresh, who participated in the tribute as well.