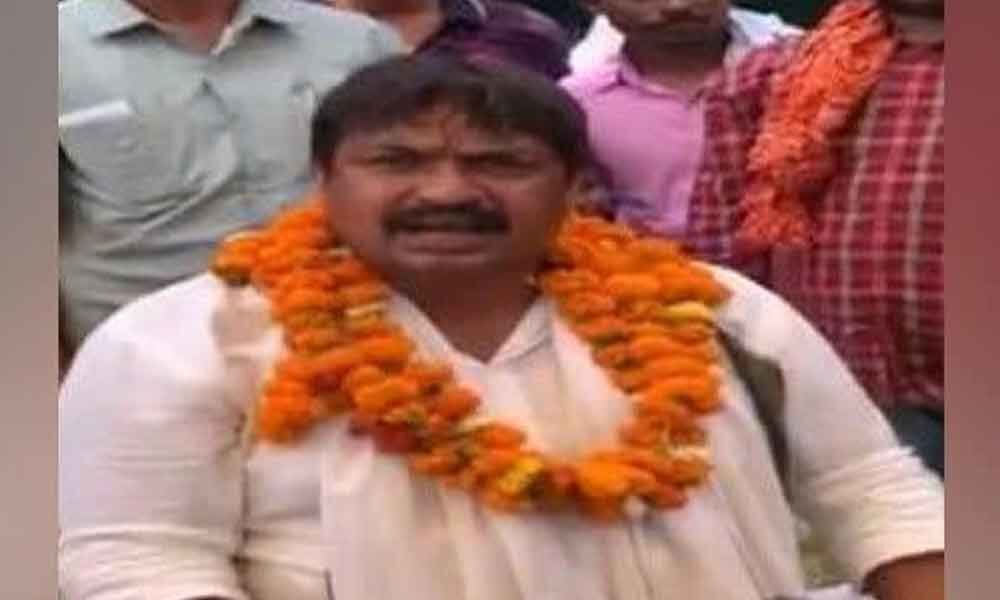 Pandit, while referring to Babbar's supporters as "dogs", was heard saying he would boot the Congress leader and his "middlemen" if they spread lies among the public.

In the run-up to the ongoing Lok Sabha elections, Pandit has been booked over four times on account of model code of conduct violations.

The BSP leader had won from Dibai constituency in the 2007 Assembly elections in the state. However, he joined Samajwadi Party (SP) in 2012 and re-contested from the seat.

Pandit was later expelled from SP along with his brother Mukesh Sharma for going against his party's whip, following which he joined the BSP again.

According to the affidavit filed by Pandit, there are seven criminal cases filed against him, including extortion.

Lok Sabha elections in Uttar Pradesh are being held from April 11 and will go on till May 19 in all seven phases. Counting of votes will take place on May 23.