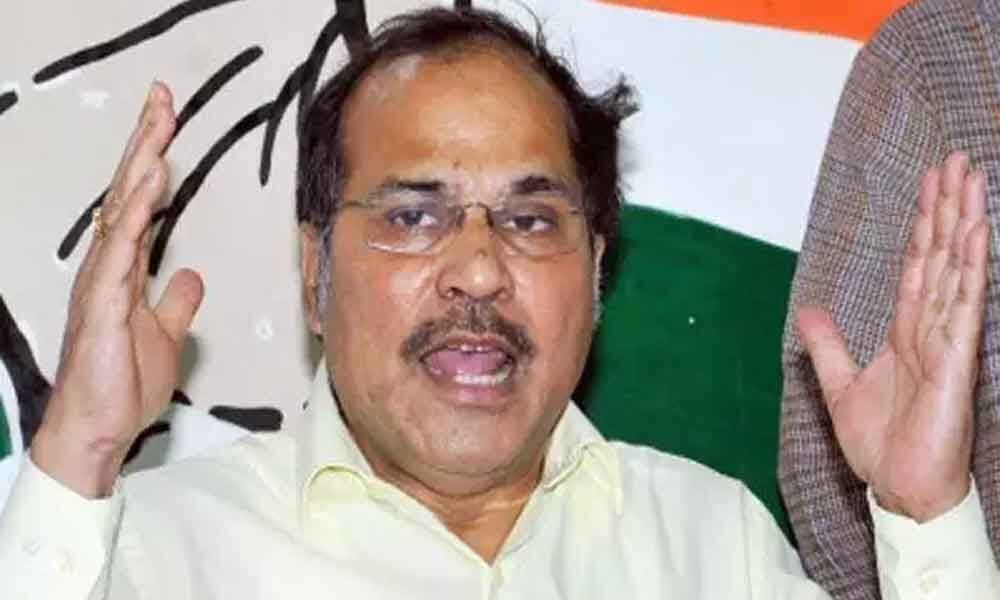 Cong had sent party leaders Abhishek Singhvi and Mallikarjun Kharge and a letter of support from Gandhi to Banerjee's 'United India' rally.

Kolkata: West Bengal Congress president Somen Mitra said his party won't seek support from Mamata Banerjee-led TMC to form the next government or support her bid to become the prime minister in case the general election results throw up a hung Parliament.

Terming Banerjee the "biggest and most-trusted ally" of RSS-BJP, Mitra said in an interview to PTI that she and her party lack credibility as an anti-BJP force. He claimed Banerjee has kept her "options open" to help BJP, if required, post polls. "I can say this with full responsibility that Congress won't seek support from Mamata Banerjee or TMC to form the next government in case we fall short of majority. "We won't need her support. We would form the government on our own with UPA allies. UPA would get a comfortable majority," Mitra said.

Banerjee has often claimed that Congress won't be able to form the government on its own without her support. She had organised a rally of opposition parties in Kolkata in January but it was not attended by Congress president Rahul Gandhi, its likely PM candidate. Congress had sent party leaders Abhishek Singhvi and Mallikarjun Kharge and a letter of support from Gandhi to Banerjee's "United India" rally.

Asked if Congress would support Banerjee for prime ministership, Mitra said Congress would neither seek Banerjee's support "nor would it support her prime ministership". "Why does she need us," he wondered, possibly knowing that Congress support could be needed in case of a hung Parliament. "TMC's every step is a calculated move to help BJP in Bengal and in pan-India politics.

She is the biggest and most-trusted ally of BJP," he said, adding that Banerjee should first clear whether she would support BJP or not in case it falls short of majority and Narendra Modi is no longer its PM candidate. "It is an open secret in Bengal that TMC is having an understanding with BJP-RSS. She doesn't have credibility in the fight against BJP and RSS, rather she has kept her options to help BJP in a post-poll scenario," the 77-year-old Congress president said.

Referring to Banerjee's claim that Congress has joined hands with RSS-BJP in Malda and Murshidabad district — strongholds of Congress, Mitra termed the allegations baseless. He said she is "deliberately making false allegations and attacking Congress and other secular forces in the state to polarize minority votes in her favour and majority votes in BJP's favour."

Listing out political developments pointing at a TMC-BJP nexus in Bengal, Mitra said the lack of progress in chit-fund scam investigation and Banerjee's effort to cobble up a federal front to weaken the opposition unity are ample examples of nexus between both the parties. "The Supreme Court has ordered CBI investigation in the chit-fund scam on the basis of the case filed by Congress leader Abdul Mannan. But what is the progress of the investigation in this scam by CBI in last five years? The answer is zero. Is it not an example of understanding between both the parties," he questioned.

During polling in Coochbehar Lok Sabha seat on April 11, there were complaints about malpractices. The BJP has been talking about deployment of central forces. "So what was the central forces doing when votes were looted in Coochbehar," Mitra questioned. "She is propagating opposition unity without Congress. Is it possible in our country where you can just writ off a party like Congress in fight against BJP. Actually this is being deliberately done to weaken the opposition unity and divide it and help BJP," he said.

Mitra, a veteran Congressman who had moved to TMC in 2008, returned to his parent party in 2014 and took over the post of president of West Bengal Pradesh Congress Committee after a gap of two decades in 2018. Bengal, with its 42 Lok Sabha seats, has the third-largest share in Parliament after Uttar Pradesh (80) and Maharashtra (48). While TMC has set a target of winning all 42 seats, the BJP, which has emerged as the main challenger to Trinamool Congress in Bengal, has set an ambitious target of 23 seats in the state.

Buffeted by a steady erosion in its vote bank and exodus of its leaders and workers to the state's ruling TMC and a resurgent BJP, the Congress is fighting a grim battle to stay relevant in West Bengal politics in Lok Sabha elections. Exuding confidence of retaining the four seats Congress presently has — Malda North, Malda South, Baharampore, Jangipur, Mitra asserted his party would improve its tally and vote share in Bengal. "I am not a astrologer to predict how many number of seats we would win this time. But we would retain all four seats, increase both our tally and our vote share," he said.

Leaders from various parties have joined Congress in last one year and defection of some of Congress leaders to TMC or BJP "won't have any impact", he said in a reference to 17 Congress MLAs and one MP switching over to TMC in last three years.

Asked why Congress-CPI(M) seat-sharing deal failed, Mitra refrained from getting into a blame game and said the failure won't impact his party's prospects in Bengal. "It is for people to decide why it (seat sharing) did not happen. You should ask CPI(M) why didn't happen," he said. The Congress has previously accused the CPI(M) of not following the "alliance dharma".