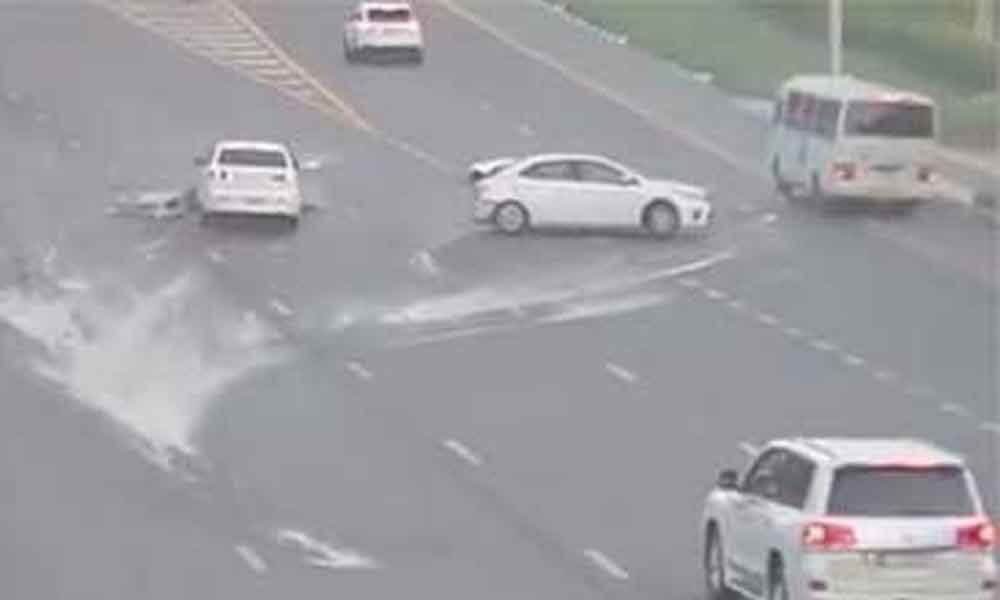 The UAE police have shared a horrific road accident video on their microblog site on Sunday, which gone viral on social media within a few seconds.

Abu Dhabi: The UAE police have shared a horrific road accident video on their microblog site on Sunday, which gone viral on social media within a few seconds.

The police have carried out a campaign to educate motorists against reckless driving. As part of their awareness campaign, Abu Dhabi Police released CCTV footage, which shows a horrific accident that happened on the busy road due to distracted driving.

Through the video, the police warned drivers not to be distracted by smartphones, no cell phone driving, and not to take pictures or videos while driving. Such distractions may result in dangerous consequences.

As shown in the video, a car that was moving on the busy road has slowed down without giving any signal. With this, another car behind failed to notice and inadvertently crashes into the car, spinning it out of control.

Both vehicles are badly damaged as they spin out of control on the middle of the highway. Abu Dhabi Police, who shared the video warned that the fine for being distracted is Dh800 and four black points.