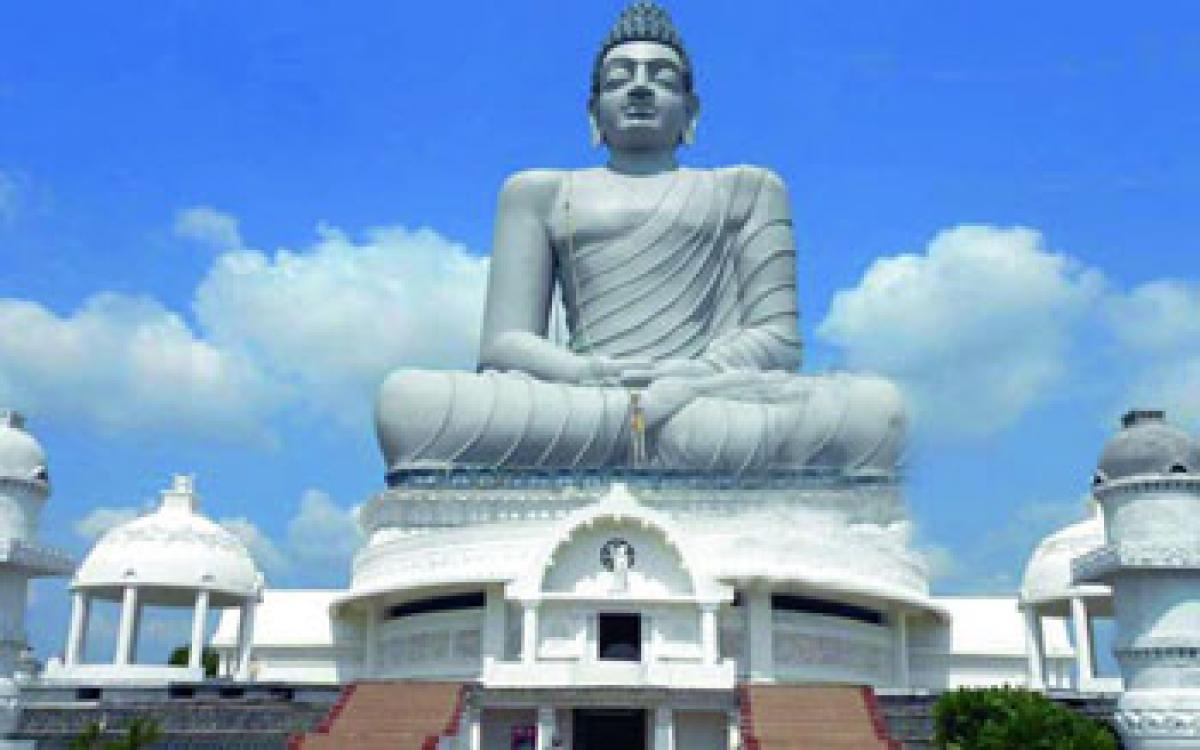 Will the Ministry of Environment and Forests (MoEF) relook into the environmental clearances given to the proposed capital of Andhra Pradesh, Amaravati, coming up on the banks of Krishna river in view of the Chennai disaster now?

New Delhi: Will the Ministry of Environment and Forests (MoEF) relook into the environmental clearances given to the proposed capital of Andhra Pradesh, Amaravati, coming up on the banks of Krishna river in view of the Chennai disaster now?

This question is making rounds in the capital with some sections waking up to the potential disaster of such plans following the inundation of Chennai.

Ministry sources point out similarities in comparison and do not rule out a similar situation arising in future in Amaravati, too. The fact that fertile lands are a part of the proposed Capital Region Development Authority area does not augur well for Amaravati, the clearances for which were secured under mysterious circumstances without proper "methods", officials pointed out. "Political pressure was the key to accord clearances in view of Prime Minister's presence at the foundation-laying ceremony of Amaravati. The rest is up to the powers that be", they say.

What is worrying the ministry is the fact that Amaravati could be sitting on a powder keg as going by the plans of the CRDA of the AP government out of 217 sqkm, 127 sqkm was fertile agriculture land and 30-40 per cent of the area was in the river basin itself. The officials are now worried that this could lead to Chennai like situation in future.

"Again, as per the master plan in all 5.99 lakh hectares of fertile land were there in the proposed capital area of 7450 sqkm and if the area was converted into a concrete jungle, would it become another floating city like Chennai" officials wonder.

A Congress Rajya Sabha member from AP, KVP Ramachandra Rao had already sought to know from the ministry whether it was safe to build such a capital. He urged the ministry to explain the basis for clearing the proposals and considering de-notification of 44,000 acres of forest land too.

He questioned the rationale in according the EC without consulting the National Disaster Management Authority regarding floods in the Krishna basin area, particularly in the CRDA's master plan.

In fact, the National Green Tribunal had in its earlier order asked the state to halt all work on the proposed project till clearances were obtained.

It may be recalled that despite the fact that the government required just 450 hectares for government offices, it had acquired 33,000 acres of fertile land and had been seeking denotification of 44,000 hectares of forest land in addition to expanding the city limits to 7,450 sqkm of area. It also recently proposed to acquire more land from the island villages.

The Centre, too, is in a dilemma as far as Amaravati is concerned, as "it could not strictly go by the norms as AP needs a capital and it was up to the state government to locate it where it needs to be. We wish all safeguards are taken in this case. As the preparation of master plan is still under way, hope the government goes for the best practices to prevent a disaster. Questions shall remain anyway", the ministry sources add.