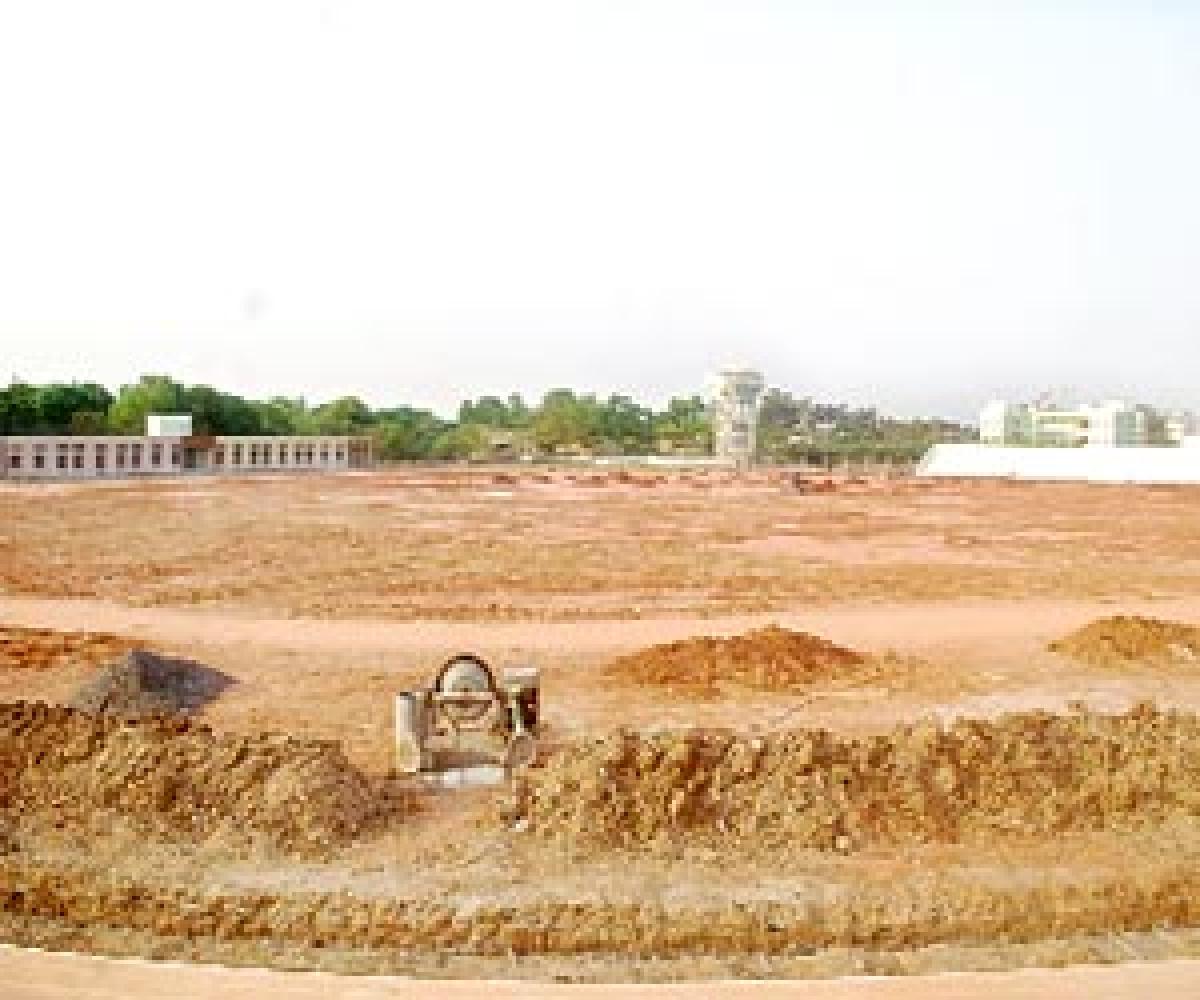 - Though renovation works were taken up three years back, the stadium still continues to be in a state of negligence
- Due to lack of maintenance from Sports Authority officials and the paucity of funds, the stadium is in a dilapidated condition
- In 2013, the State government sanctioned Rs 7.10 crore for the renovation of stadium

Eluru: The Alluri Sitaramaraju Stadium which was considered to be numero uno stadium in southern India and has the history of hosting a Ranji Trophy, a slew of handball, football and hockey tournaments has been in a state of decay for long. Though renovation works were taken up three years back, it still continues to be in a state of negligence.

The ASR Stadium was constructed in 1983-84 at a vacant place that was known as Pedda Maidanam. The then Chief Minister NT Rama Rao inaugurated the stadium and described it as one of the biggest stadiums in South India. The stadium had a capacity of 25,000 spectators when it was constructed. Later, several national and state meets were conducted in the stadium. The stadium has one of the biggest pavilions and has four entrance gates.

The Sports hostel students used to practice games and sports in the stadium daily as part of their training. Besides, the Sports Authority of India (SAI) hostel students also used to practice in this stadium. The stadium had hosted a benefit match Kapil Dev-XI and Gavaskar-XI in 1987 and a Ranji trophy match between Andhra and Karnataka during 1989.

The stadium also hosted the International Kabaddi match between India and Malaysia under floodlights during 1990s. Football and Hockey players practiced in this stadium and those practiced in this stadium had even represented in national and state teams from West Godavari district. Besides the sportspersons, the morning walkers also used to visit the stadium. But all that is now part of history.

Due to lack of maintenance from Sports Authority officials and the paucity of funds, the stadium is in a dilapidated condition. In 2013, the State government has decided to renovate the stadium and sanctioned Rs 7.10 crore. A contractor came forward to take up the works for 12 per cent less than the total amount and quoted Rs 5.50 crore for the workers. After awarding the contract, the works started but are going on at a snail’s pace. Even three years down the lane, there has not been much progress. Gravel work in the ground has been continuing for the last three years.

It may be recalled here that District Collector K Bhaskar directed the officials to speed up the works in 2015. The Sports Authority of Andhra Pradesh Chairman Subrahmaniam has also visited the stadium in 2015 and directed sports officials to monitor the works and expedite the works.

He directed the officials to complete the construction by December 2015 at any cost. But even now the gravel work is still going on. When contacted the District Sports Development Officer (DSDO) B Srinivasa Rao said the works are going on but could not say by when the stadium would be handed over to the district sports authority.

Housing Project Director E Srinivasa Rao said Rs 7.10 crore was allotted for the construction of the stadium. “We started the works in August 2013. However, the contractor asked us more time to complete the works.” There is no compromise on the quality of works, he added.