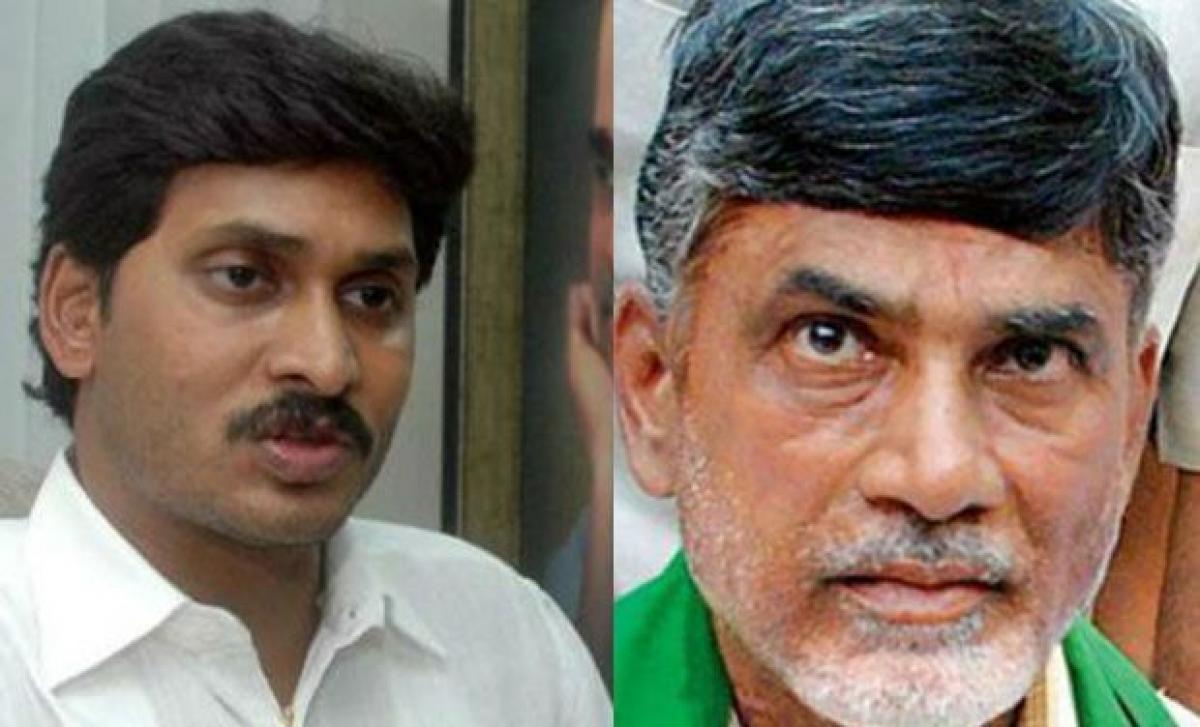 YSRCP President YS Jagan Mohan Reddy on Tuesday headed a dharna programme staged by the party in Kakinada at its collectorate demanding the special status category for Andhra Pradesh.

YSRCP President YS Jagan Mohan Reddy on Tuesday headed a dharna programme staged by the party in Kakinada at its collectorate demanding the special status category for Andhra Pradesh.

Addressing the gathering at the programme, YS Jagan pointed out the many benefits the state would incur if the AP is accorded with special status such as power supply to the industries with 50% discount that would in turn help industries to flood AP leading to its development, exemption of excise duty and income tax.

Reminding the poll promises made by TDP that youth will get jobs once Chandrababu Naidu comes to power, the YSRCP Chief questioned the lack of job opportunities which has further disappointed the youth in the state. Jagan alleged that Chief Minister Chandrababu Naidu was playing caste, creed politics and mortgaged the state's interests for his personal growth.

The YSRCP leader added further that only with the accordance of the special status category, jobs would be provided to the youth and the state can hope for rapid development thereafter.