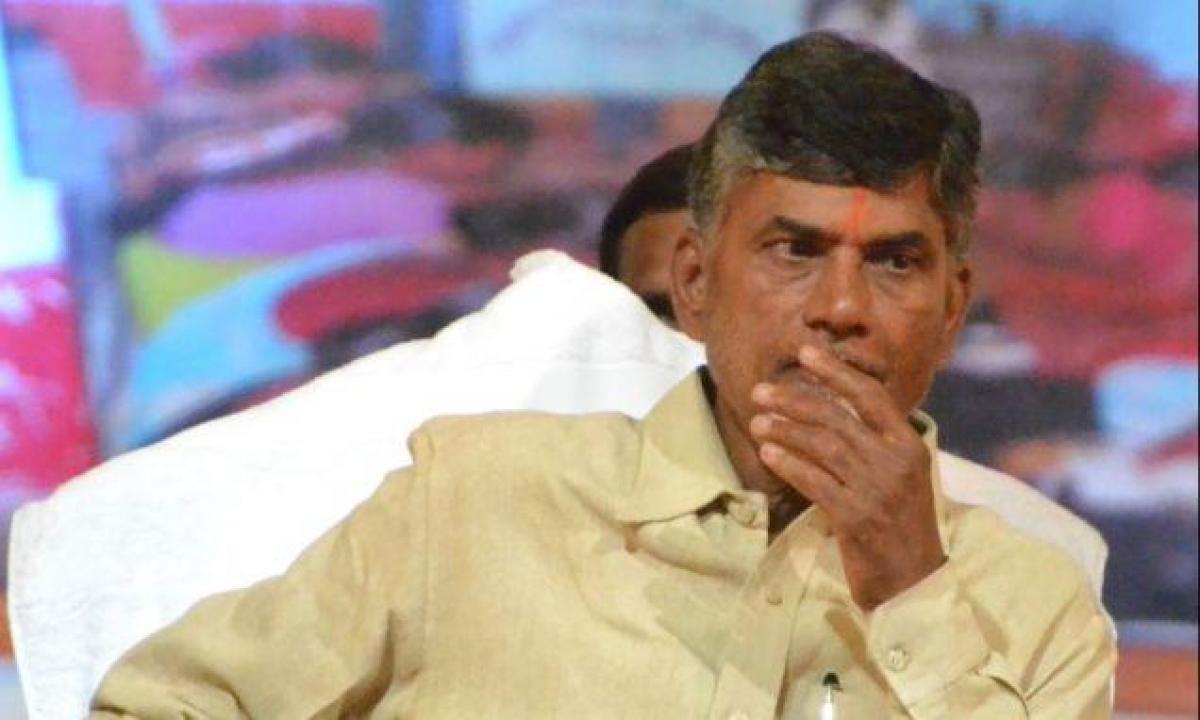 Chief Minister N. Chandrababu Naidu is doubtful if the central government will give Andhra Pradesh a special category status to end the sufferings of the people brought on by the bifurcation of the state. But, he is also avoiding any confrontation or a legal battle with the centre over the issue.

Tirupati: Chief Minister N. Chandrababu Naidu is doubtful if the central government will give Andhra Pradesh a special category status to end the sufferings of the people brought on by the bifurcation of the state. But, he is also avoiding any confrontation or a legal battle with the centre over the issue.

"I do not want any confrontation. Moreover, litigation cannot solve these problems," Naidu, who is also the head of the Telugu Desam Party (TDP), told a group of visiting journalists from New Delhi on the sidelines of a three-day TDP annual convention "Mahanadu" that concluded on Saturday here.

Read More: Chandrababu advised against taking over as PM

At the annual TDP convention, a section of party members mounted pressure on the chief minister to harden his stance against the Bharatiya Janata Party (BJP)-led central government and press for the special status -- a promise made in parliament by the then Congress government when Telangana was bifurcated and the state was divided into two in 2014.

The idea was to compensate Andhra Pradesh for the losses it suffered due to the division because all industrial and commercial development was concentrated around the capital Hyderabad that geographically belonged to the Telangana region. The status, which involves a huge financial package, is normally given to economically backward states in India.

Ahead of the 2014 Lok Sabha elections, the Congress promised the status for five years if it returned to power. The BJP went a step ahead and promised to extend it for 10 years. But nothing has happened two years after the BJP came to power at the head of the National Democratic Alliance (NDA) of which Naidu's TDP is a constituent.

"We are not asking any undue favour from the Centre. The Andhra Pradesh Re-organisation Act was brought by the Congress (government), but it is also true that all parties supported it. So, it is the responsibility of the Centre and also all political parties to resolve our problems," Naidu said.

Referring to his meeting with Prime Minister Narendra Modi on May 17 in Delhi, the chief minister said the central government assured him that a high-level meeting would be convened to resolve all pending issues, especially the special category status.

However, he said, he was not sure how soon would the assurances be fulfilled.

"They will do it or they will not do... I do not know," Naidu said, adding that "the bifurcation of the state has brought in much suffering" to the Andhra people.

"It is time for the government of India to be magnanimous to solve the problem. This is my appeal not only to the central government but also to the people of this nation."

He said the bifurcation was brought by the then Congress-led central government in an unplanned manner that resulted in chaos and violence. "Even the parliamentary debate on passage of the (bifurcation) bill was not telecast by the Lok Sabha TV."

Naidu said the very process of bifurcation of Andhra Pradesh was "mishandled" by the Congress. "I always told them, if you have any problem with me, do not punish the people of Andhra Pradesh."

With 16 members in the Lok Sabha, the TDP is a key constituent of the NDA government, but Naidu skirted a direct reply on whether there is any need for proper coordination between the constituents of the ruling combine.

He said he has decided to focus mainly on the state politics and the welfare of his people.