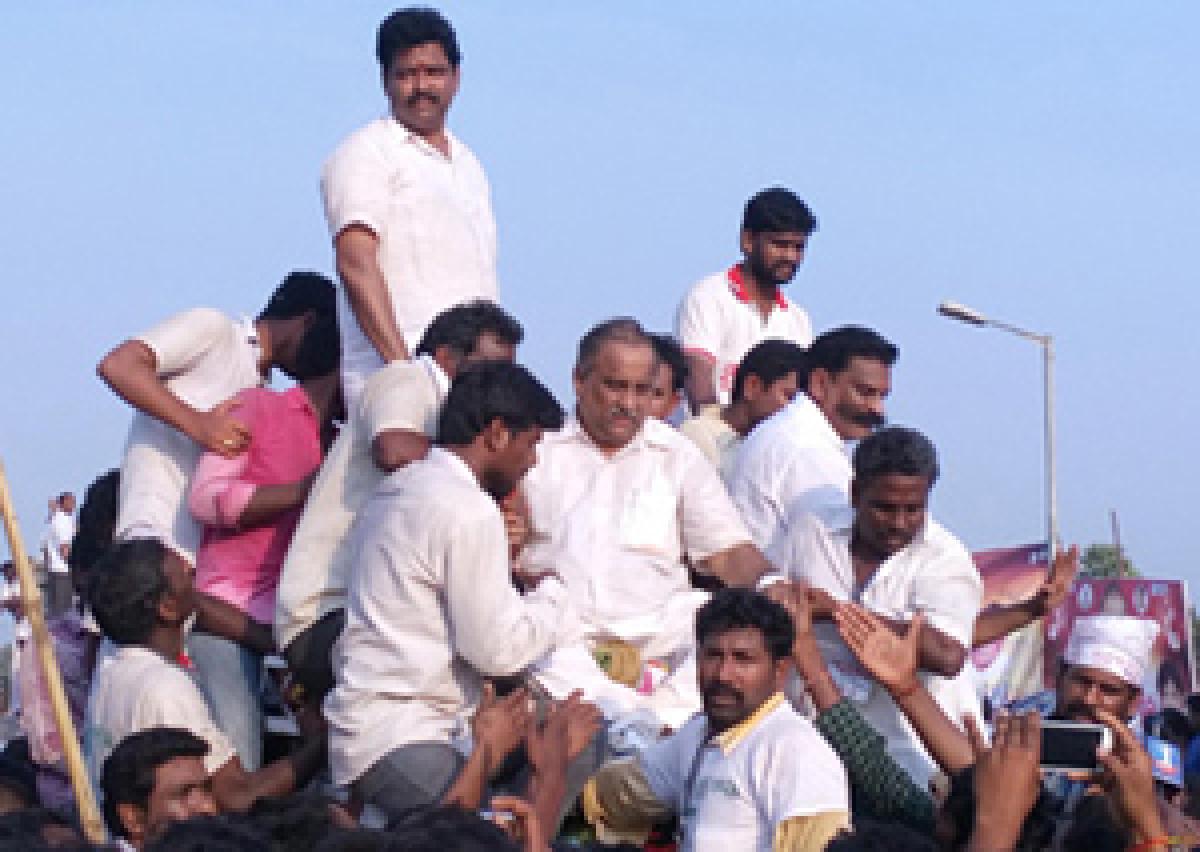 In connection with the Ratnachal Express burning case, Seven more Tuni agitators were arrested on Tuesday taking the total count of arrests to 13.

In connection with the Ratnachal Express burning case, Seven more Tuni agitators were arrested on Tuesday taking the total count of arrests to 13. While Kapu Leader Mudragada Padmanabham took up Dharna at the police station at Amalapuram, Police tried to defuse the tension by hustling him into a van and taking him to the CID office in Rajahmahendravaram.

However, the police clarified that the Kapu leader was not arrested but was taken to Rajahmundry with due respect to keep him abreast of the evidence against the arrested persons.

Meanwhile, the several Kapu leaders gathered at Amalapuram protesting against the arrest saying that they were taking the responsibility for the Tuni incident so they should be arrested instead of the innocent people. Home Minister Chinarajappa revealed that the six people arrested on Monday were taken to a secret place for interrogation and appealed to the Kapu community to let the government deal with violence.