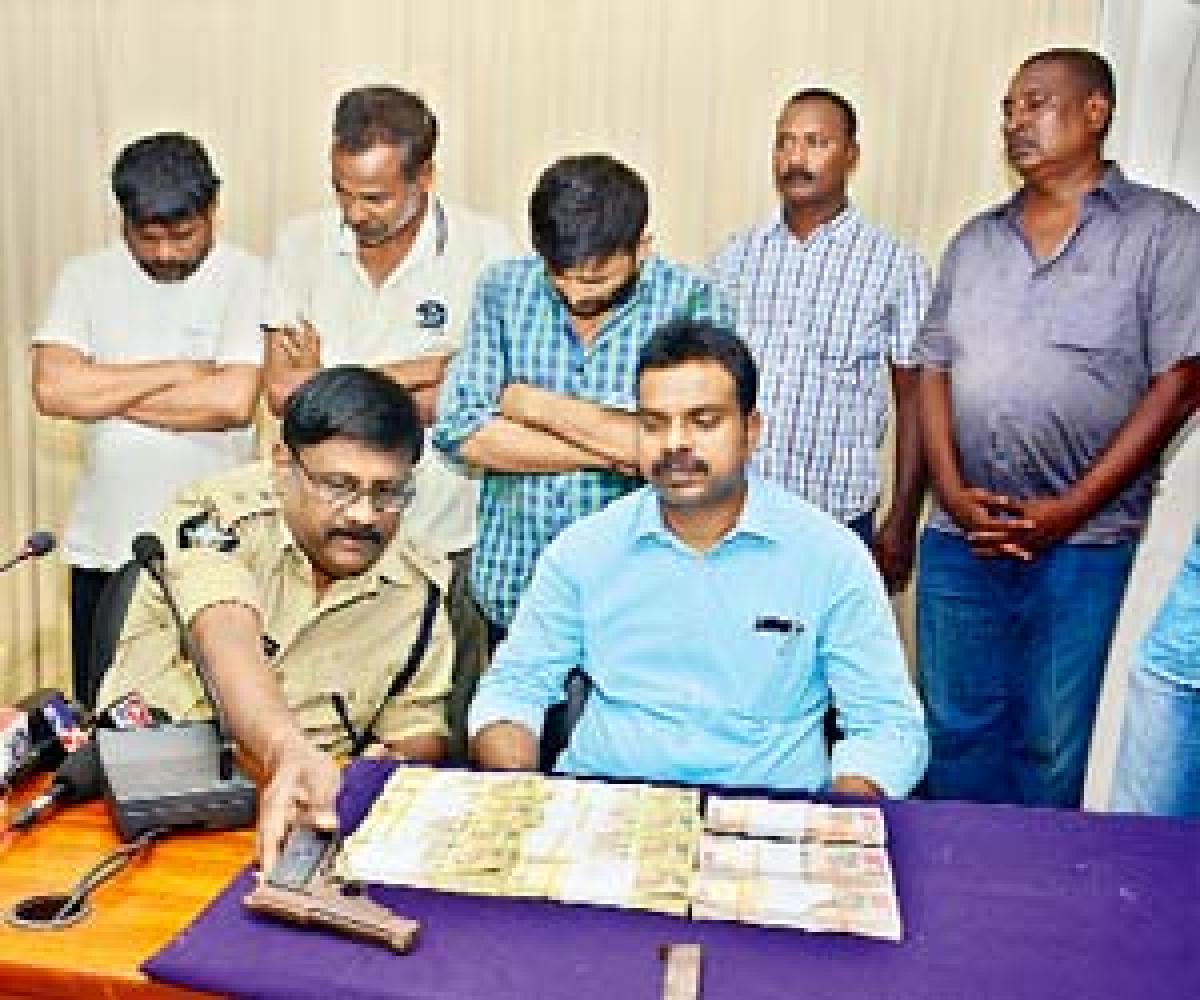 The Task Force personnel on Tuesday arrested a notorious criminal and two others while they were trying to bring in fake currency into the city.

Visakhapatnam: The Task Force personnel on Tuesday arrested a notorious criminal and two others while they were trying to bring in fake currency into the city. Another accused fled the scene. The CTF team seized Rs 6.78 lakh worth fake currency, a country-made 9 mm pistol with two empty magazines.

The arrested were identified as Gurajarapu Nalamaharaju (45), a native of Rajanagaram, East Godavari district. He was accused in three murder cases.

DCP (Crime) T Ravi Kumar Murthy told reporters that Nalamaharaju’s close associate Nammi Srinu of Vizag city is absconding. And the other two arrested were Mavuri Chakradhar and Gedela Govindarao, both hailing from Visakhapatnam district. The DCP said that Raju and Srinu procured the fake notes from New Farakka area of Murshidabad district in West Bengal. They purchased Rs 5.93 lakh worth fake currency by paying Rs 2,07,550 in genuine currency from one Ali who hails from Malda area of West Bengal.

Acting on reports from intelligence report, Raju was intercepted by the CTF team at the railway station bus stop in the city. The two others were also taken into custody while alighting from the train. They procured the fake currency from Ali.