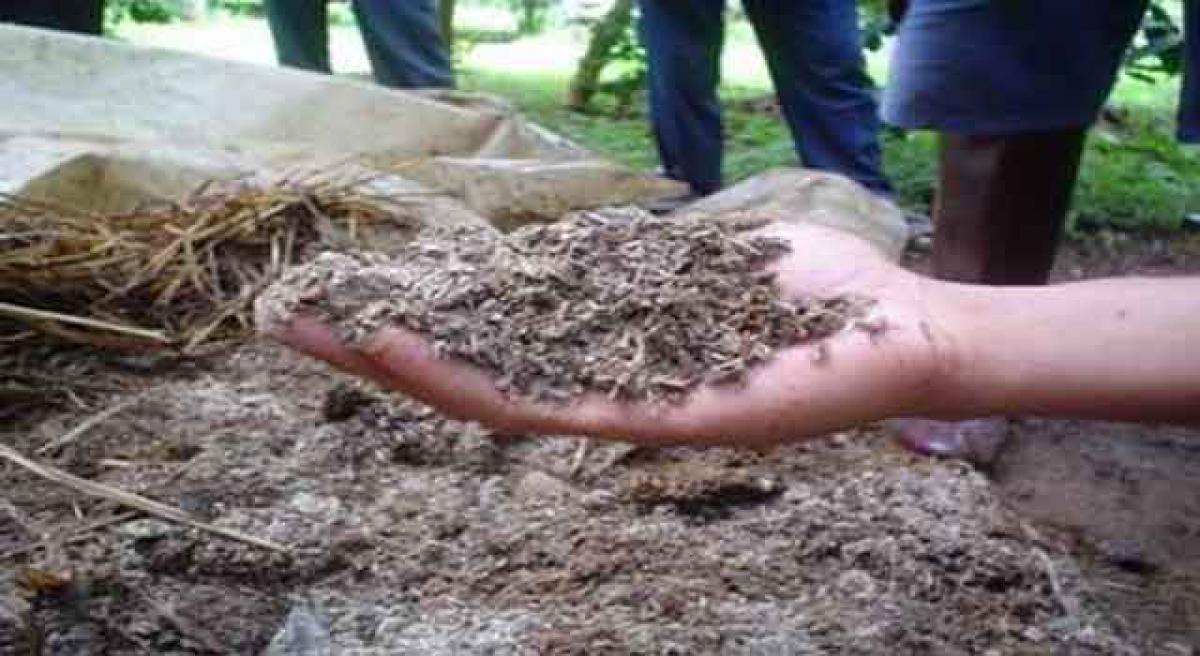 In a new initiative, the Andhra Pradesh Government has launched a project to start nature farming in ten clusters in the district which would be extended to another 120 clusters across the state soon.

​Amaravati: In a new initiative, the Andhra Pradesh Government has launched a project to start nature farming in ten clusters in the district which would be extended to another 120 clusters across the state soon.

Under this scheme, the government is encouraging farmers to go in for paddy, turmeric, vegetables and bananas which can give better income and also check health improvement.

Following the government’s decision, the Agriculture Department has trained the farmers to raise paddy and vegetables using cow dung, cow urine in place of chemical fertilizers and pesticides.

“Under natural farming, farmers need not invest on fertiliser and pesticide, as the manure comes from the farmyard prepared from cow dung and urine. Farm produce raised using such natural fertilizer can be sold at a higher price, as it is free from chemicals,” Joint Director of Agriculture V D V Krupadas told The Hans India.

In fact, the demand for organic food is increasing in the domestic and international market particularly in the US and European countries, officials of the agriculture department said. It may be mentioned that due to excess use of fertilizers and pesticides, European countries are rejecting AP chilli.

“We have trained the farmers to prepare the manure. During the first year, they get less production. From second and third years production will gradually increase. The traders will offer at least 20 percent to 25 percent more price for organic food.

If it is successful, the government will introduce nature farming in some more clusters,” he said. “The farmers will get export orders. Once they succeed in getting better price for the farmers in the pilot project, it can be showcased to other famers and go in for organic farming on a largescale,” he said.

“Self-help groups have also already started nature farming in the villages and producing organic food. This will not only help in reducing health risks but will also help in improving the fertility of the soil,” Krupadas added.