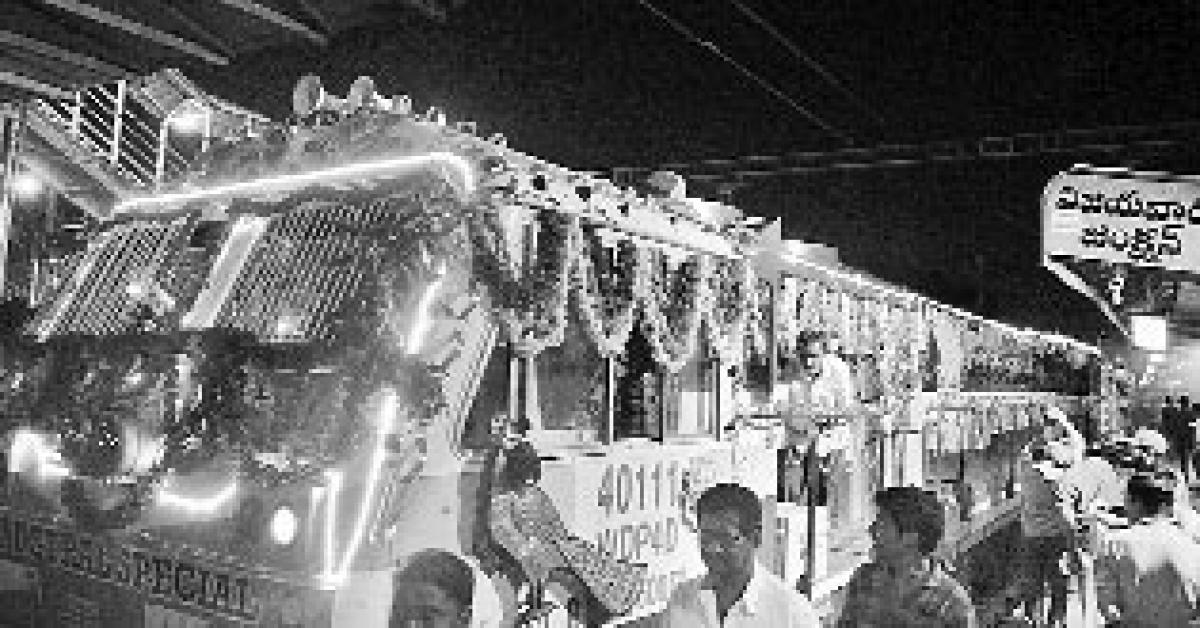 : Railway Minister Suresh Prabhu said that it was the duty of Central government to develop railways in States as railways was the only department which has no counterpart ministry in the States. He said States should grow with collaborative effort of the Central government to enable India reach new heights.

Speaking on the occasion, the Railway Minister said a joint venture company would be floated with the State government for development of railway infrastructure and Logistics parks would be developed in Visakhapatnam and Kakinada too. He said doubling of several lines in the State would be taken up.

The Chief Minister said a special purpose vehicle would be set up within a month to develop 23 railway stations in the State on par with airports.

Thanking the Railway Minister for launching the super fast train linking new capital and Secunderabad within 15 days after making a request, the Chief Minister asked him to take up developmental works in AP in partnership model and assured that the State government was ready to extend necessary cooperation. He also thanked Suresh Prabhu for agreeing to operate 600 special trains for Krishna Pushkaralu.