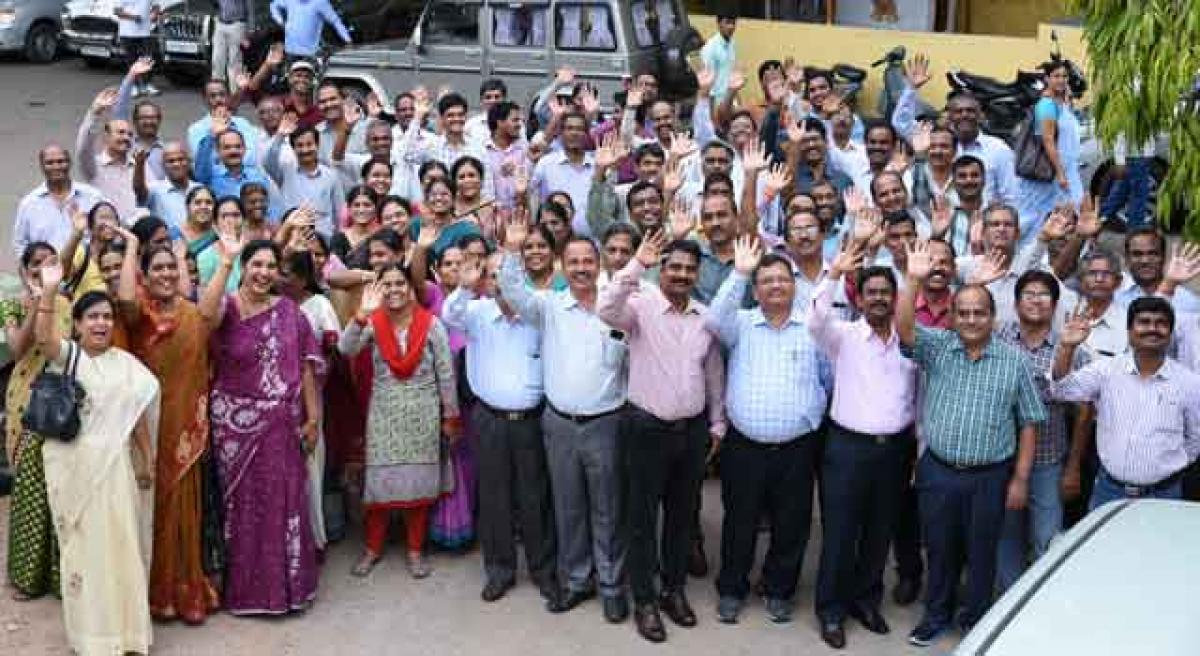 Emotional scenes unfolded when staff of Andhra Pradesh Agriculture Commissionerate were bidding adieu to their Telangana counterparts here on Thursday.

Having worked together in the same office for decades and both had gone through rough weather during the agitation for separate Telangana state and had seen certain tense moments immediately after the bifurcation of the state, got Atmiya Veedkolu (warm farewell) from Telangana employees of the agriculture department as they boarded the bus for Amaravati.

Tears rolled out as they could no longer hold back their strong emotions while bidding farewell to each other after warm hugs. Just before boarding a bus for Vijayawada, the Andhra employees emotionally embraced their colleagues, who belong to Telangana. They said, “We are leaving Telangana with a heavy heart as we worked along with all of you for decades together.”

The employees expressed hope that both Telugu states should develop and there would be no room for controversies between two states. Another batch of about 75 employees of the department will leave for Vijayawada on Friday.

Speaking to The Hans India, sources in the General Administration Department said that the one building in the interim secretariat at Velagapudi would be handed over on June 27. This was to keep the date in line with the announcement of the state government.

Following the delay in the shifting and not getting admissions for children in good schools located in Vijayawada and Guntur, a sizable number of Secretariat employees are reportedly mulling to shuttle between Hyderabad and their new office location in Velagapudi.

Most of the “employees whose children are studying 10th and Intermediate have decided not to disturb them for now. Instead, they wanted to shuttle between Hyderabad and Velagapudi,” said members of the Secretariat employees association.