DGP shows his benevolent side 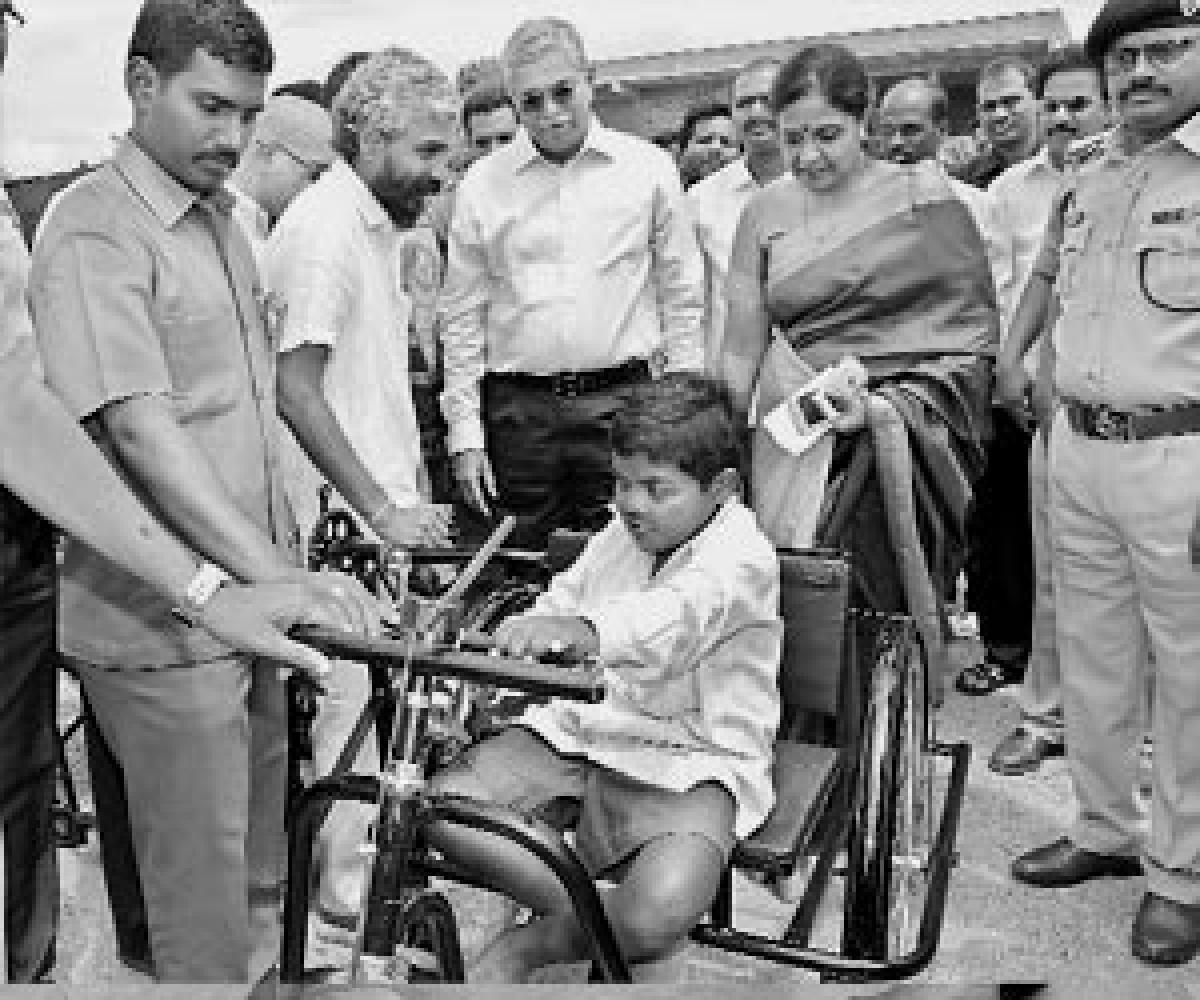 Addressing a meeting attended by local people and several police officers, Ramudu stated that he was inspired to establish a trust in his late father's name after seeing the good work being done by Gurudeva Charitable Trust in Vizianagaram. The trust was making Jaipur foot and other disability aids and distributing the same to differently-abled people.

The DGP and his wife Padmaja distributed disability aids to 220 persons identified from 30 villages in five mandals of the district.

Continuing his address, Ramudu said that the real disabled people are those who are lazy and do not any work and also selfish. He said that the differently-abled have strong will power and mental capabilities. Citing an example, he recalled about a blind person whom he knew, setting up a garments selling unit and earning enough to support his family. He said that such self confident people should be helped and given all kinds of assistance. The DGP said that he was inspired by the yeomen services rendered by the Vizianagaram-based trust and its chairman Jagadish and subsequently launched a trust in the name of his departed father. He took a dig at those who are neglecting their parents in their old age and deserting them in their hour of need.

DIG Prabhakar Rao said that despite birth defects and disabilities several people are overcoming their handi-caps and living with self-respect. Many disabled people have made it big in the field of sports and music and lauded the noble project of DGP which inspired one and all. SP Rajasekhar Babu observed that many good things are happening in the DGP's own village. DGP's wife Padmaja also spoke detailing the activities of the trust.