government to provide tabs for medicos 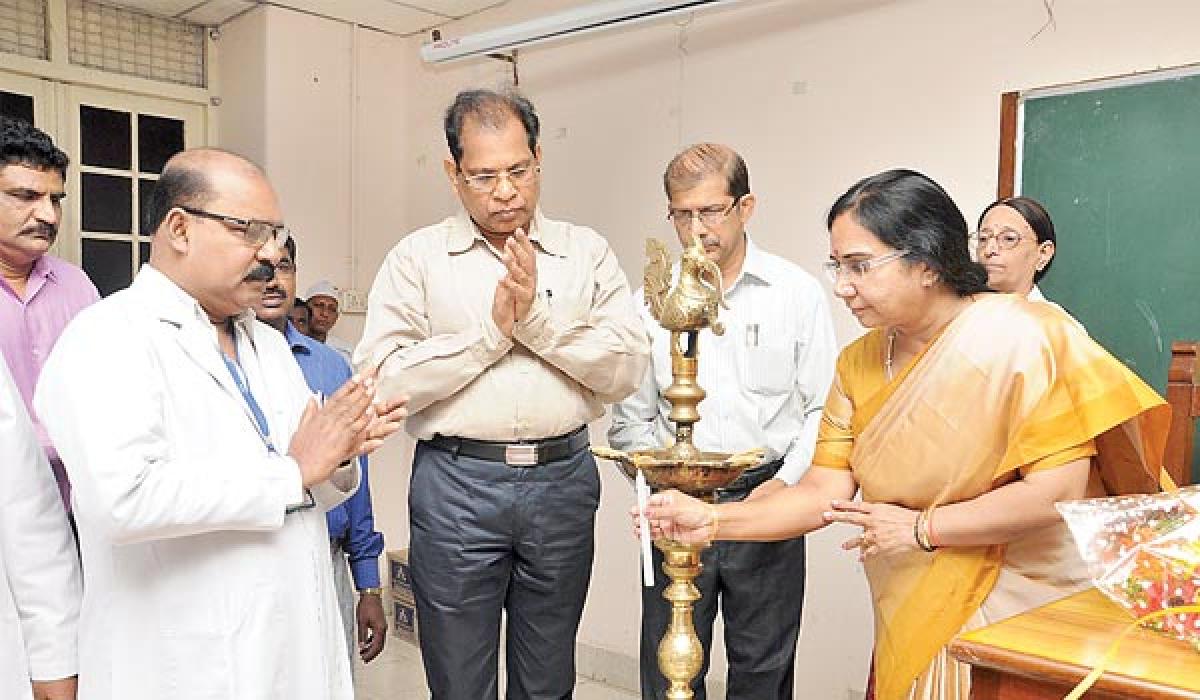 She was addressing a function on the occasion of the Doctors’ Day jointly organised by the Andhra Pradesh Government Doctors’ Association, Andhra Medical College and the King George Hospital here on Friday.

Visakhapatnam: A good physician treats disease, while a great physician treats patients having disease, said Principal Secretary of Medical and Health Poonam Malakondaiah while reminding the quote of Sir William Osler who is considered as the father of modern medicine.

She was addressing a function on the occasion of the Doctors’ Day jointly organised by the Andhra Pradesh Government Doctors’ Association, Andhra Medical College and the King George Hospital here on Friday.

The Principal Secretary advised the doctors working in the government institutions to maintain proper records to help conduct research work. Stressing upon the need for good qualities like professionalism, empathy, attentiveness, forward thinking, composure and industrious, she assured that the government will provide necessary facilities for the conduct of research work in all teaching institutions.

She has called upon the doctors to strive to get the highest national awards like Padma Sree which she feels that doctors working in the government institutions deserve it amid a loud applause. She informed that all the government medical students in the State will be receiving fully loaded tabs and a Skill Lab at Andhra Medical College very soon.

Simulation labs at a cost of Rs 20 crore each will be started at three places in the State along with Skill Labs. Director of Medical Education Dr N Subba Rao assured the doctors that professor and associate professor promotions will be taken up immediately.

He also informed that Chief Minister N Chandrababu Naidu and Health Minister Kamineni Srinivas are looking into the doctors’ problems, including the pay structure.

President of Andhra Pradesh Government Doctors’ Association Dr G Arjuna while thanking the Principal Secretary for attending the Doctors’ Day fete organised here for the first time in the State, apprised the need for time-bound promotions and need to increase the posts of Associate Professors to avoid bottle necks in the promotions of Professors.