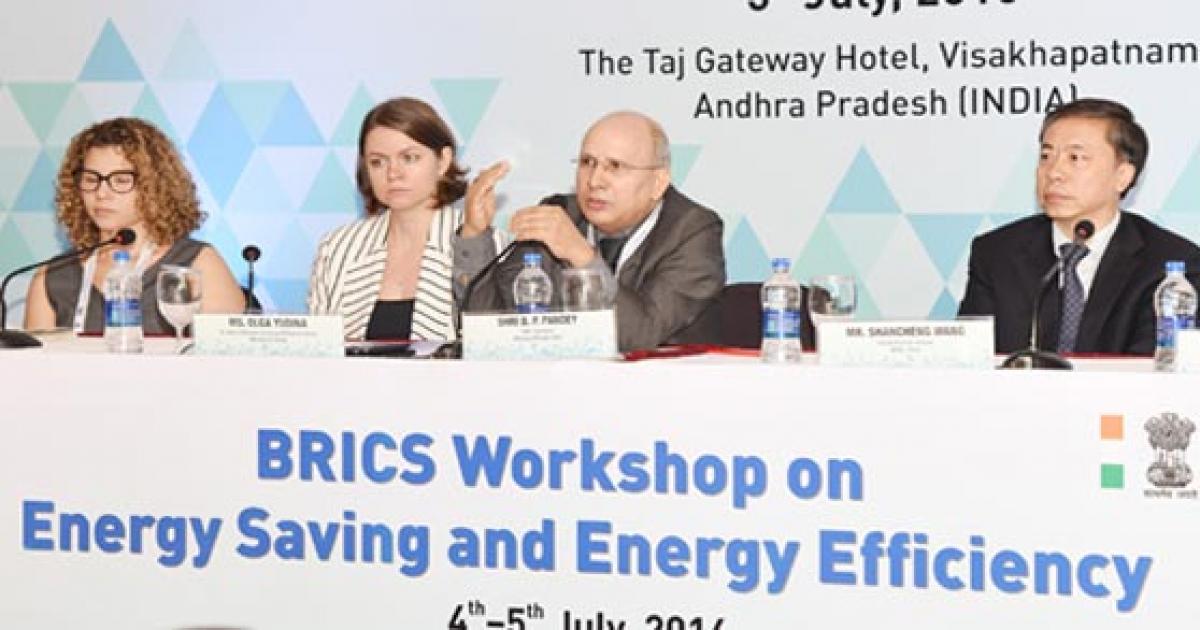 He said that the meeting had acknowledged the role of energy saving and energy efficiency in ensuring sustainable economic development of BRICS nations.

It also reaffirmed the importance and necessity of advancing cooperation in the field of energy saving and energy efficiency by developing energy efficient technologies.

The Additional Secretary said that the deliberations had reiterated the commitment of member nations to pursue cooperation by taking up joint research and technology projects, technology transfer, holding conferences, lecture meetings, seminars and exchange of experiences.

Pandey said after the Hudhud devastation, EESL came forward to take up LED street lighting project in Visakhapatnam through which nearly 35 per cent of energy was being saved.

It also undertook distribution of LED bulbs to households as part of its domestic lighting project which yielded good results. “We have also showcased what the EESL has done in the area of energy saving and energy efficiency,” he added.

He informed that the draft action plan (on how to proceed further) reached on development of cooperation in energy saving and energy efficiency within BRICS countries will be sent to the BRICS Ministers of Energy and Energy Efficiency for obtaining necessary approval.

Every country in the world is now committed for green energy and energy saving methods. After getting necessary approval, the draft action plan will be operational, he added.

Later, Pandey along with Joint Secretary of Ministry of Power Anju Bhalla, Managing Director of EESL Saurabh Kumar and Secretary of Bureau of Energy Efficiency Sanjay Seth released a poster on the LED Street Lighting Project of Visakhapatnam.