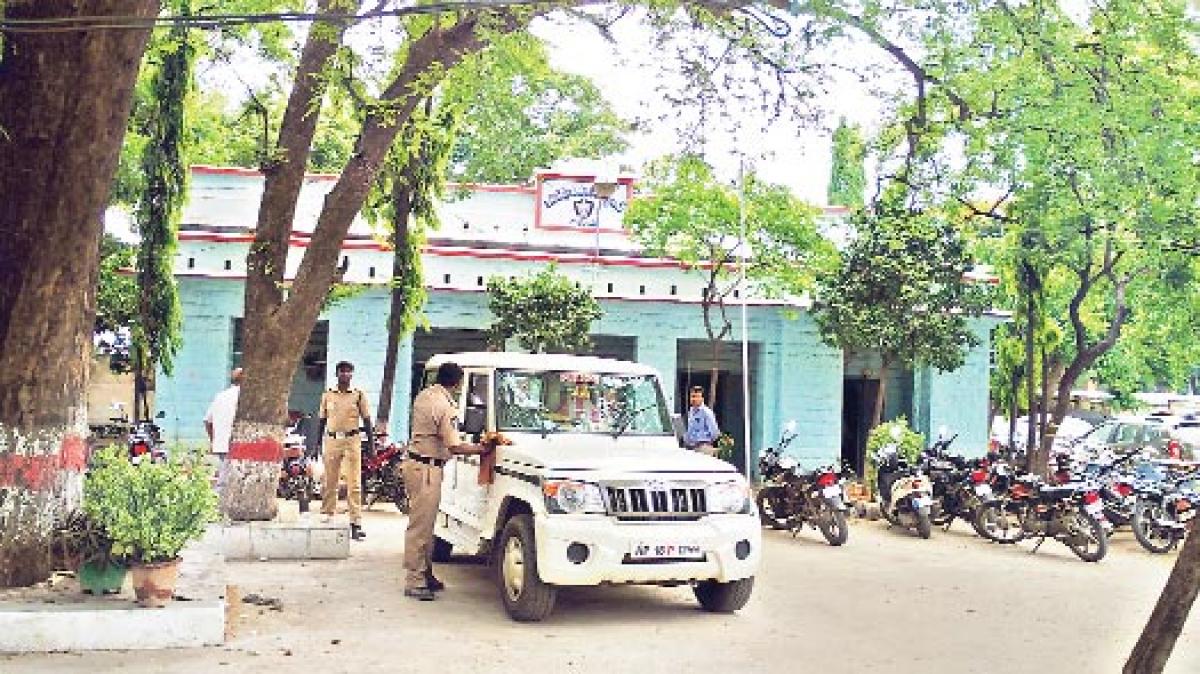 Municipal officials had already demolished the water fountain, which is adjacent to the building. Very soon, they would demolish Red Cross building and other shops abutting the police station, as part of its efforts to beautify the city.

​Chittoor: Stage has been set for the demolition of the 70-year-old I Town Police Station building. The Municipal Corporation resolved to demolish police station, as it had decided to construct Statue Island, where all the statues of National leaders would be shifted to one place.

Municipal officials had already demolished the water fountain, which is adjacent to the building. Very soon, they would demolish Red Cross building and other shops abutting the police station, as part of its efforts to beautify the city.

MLA D A Satya Prabha and in-charge Mayor Subramanayam appealed to police to cooperate with them. But, police officials have reportedly decided to oppose the demolition move despite the MLA suggesting them to shift the station to Excise office building.

In-charge Mayor Subramanayam appealed to police to vacate the building as early as possible, as the Municipal Corporation had already passed a resolution in this regard. But, the police authorities have made it clear that the police station land was acquired from Revenue department and the Municipal Corporation has no right over it. They also made it clear that unless the State government issues a GO in this regard, they will not vacate the building.

Speaking to The Hans India here on Friday, in-charge Mayor Subramanayam said, “As Chittoor was included in AMRUT list, Chief Minister N Chandrababu Naidu had given green signal to the corporation to take steps to beautify the city.” He said that the MLA had already offered an alternative site to police for shifting their station.

He said the State government will issue an order in this regard if police are particular about it. DSP Lakshmi Naidu made it clear that there would be no question of vacating the building in the best interests of public.