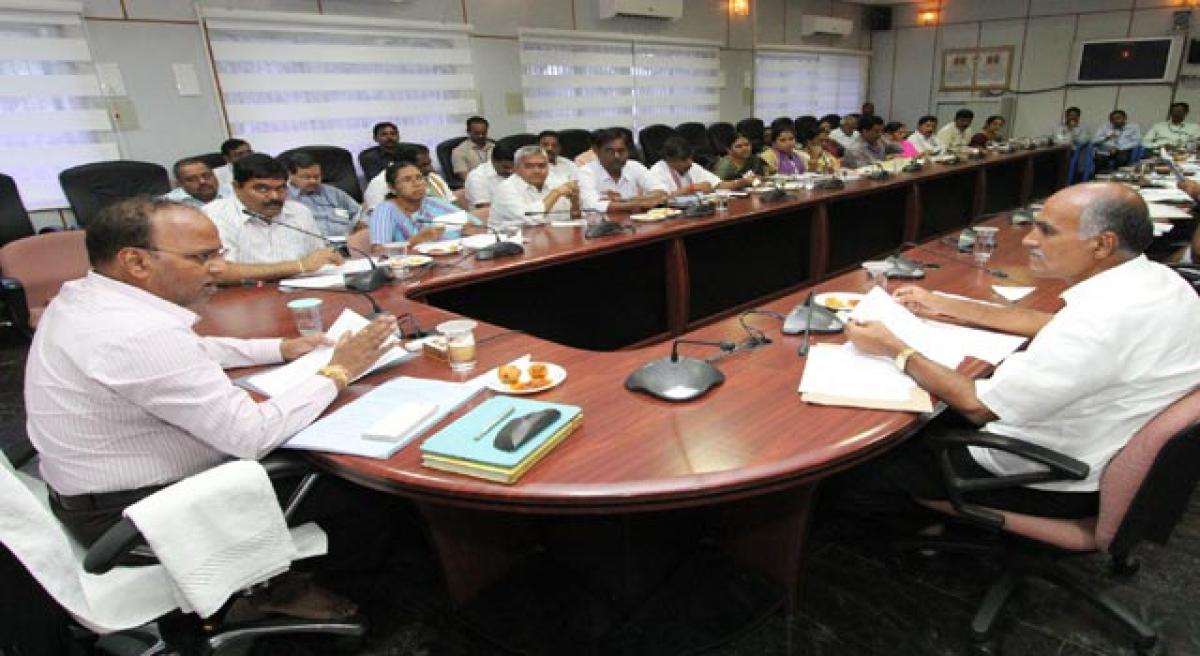 Reviewing the progress of the ongoing developmental works with various departments, TTD (Tirumala) Joint Executive Officer (JEO) KS Srinivasa Raju on Monday instructed the Heads of Departments to complete all pending works as per scheduled time.

The review meeting organised at Annamayya Bhavan in Tirumala on Monday. The JEO directed the vigilance wing to see that the private jeeps won't stop in TTD bus stops.

Later, he instructed the engineering wing to set up hot water pipeline at Boondi Potu for rooftop cleaning.

Speaking to the media here after the review meeting, the JEO said that the replica temple of Lord Venkateswara will be opened in a ceremonial manner in PWD Grounds, Vijayawada, on August 7 five days prior to the launch of Krishna Pushkaralu for the sake of the pilgrims.

The JEO also elaborated on the special activities to be taken up during Pushkaralu in the replica temple. Four-line darshan is arranged in the shrine as more devotees are expected to visit the TTD temple.

“Free food will be served to 25,000 devotees every day during the two-week long river festival. A separate entry-exit points will be provided to avoid congestion while the Pushkara Harati in Padmavathi Ghat will be performed daily in the evening.

He also discussed about the route map of the movement of free buses in general and also during annual Brahmotsavams.