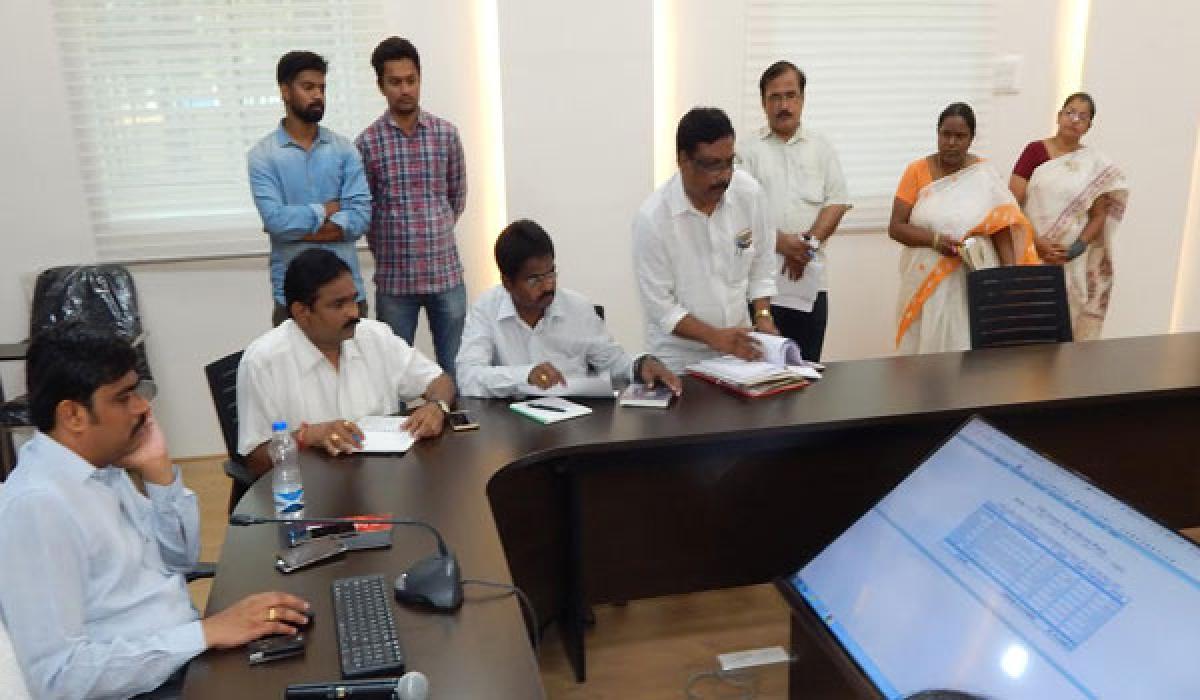 Vijayawada: Municipal Commissioner J Nivas instructed the officials to connect the VMC Dashboard to real time management to update the information on revenue as well as 103 Complaint Cell. The Commissioner on Saturday inspected the VMC Dashboard. He said the VMC Dashboard is useful and should be updated to get information about the functioning of the municipal corporation. He further suggested that real time management should be applied and used for the building verification plans, revenue, and public grievances so that better services can be rendered to the denizens of the city.

He asked the officials to prepare software to send an SMS to the complaints who use the 103 services in the city.
He said the applicants should know the status of their grievance or complaint through the Command Control Room. J Nivas also inspected the single window system set up at the Command Control Room. Chief engineer (in-charge) P Adiseshu, deputy commissioner (revenue) G Subbarao, IT experts and other officials were present on the occasion.