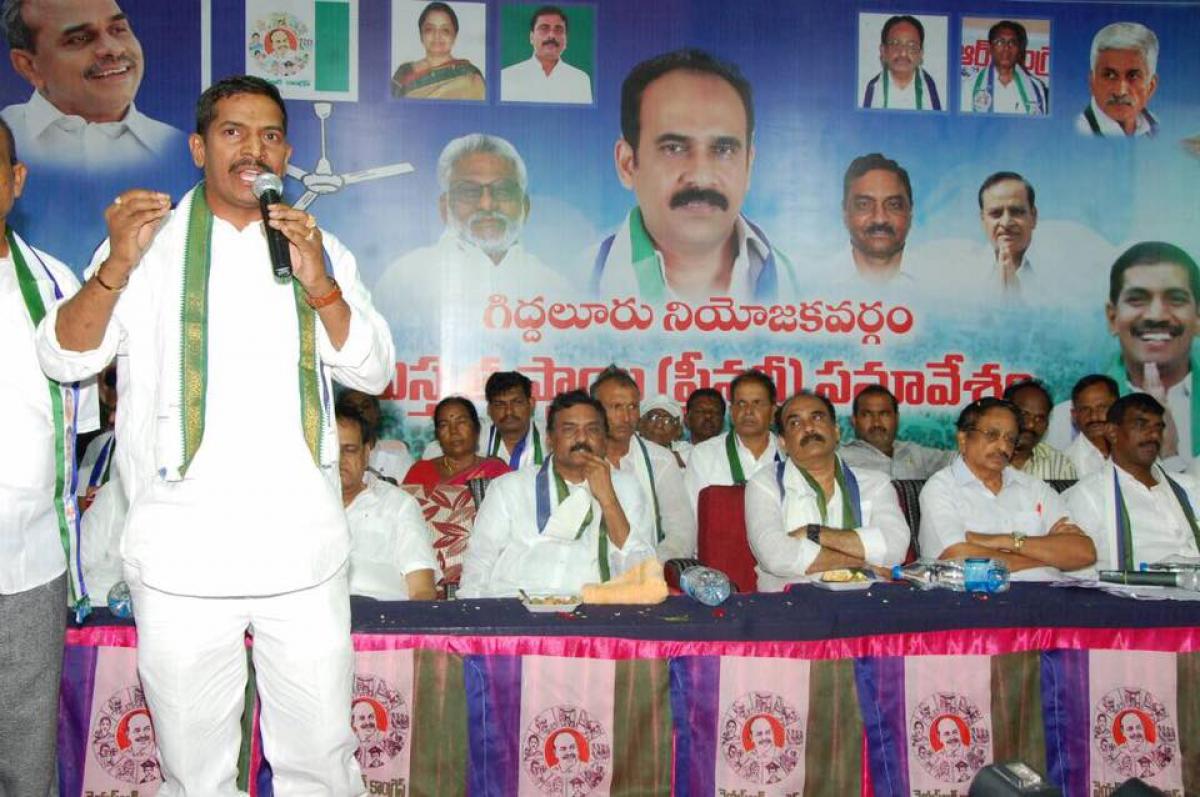 Giddalur YSRCP constituency convener IV Reddy demanded that the Centre give Bharat Ratna for late YS Rajasekhar Reddy. Speaking at the plenary of the party at Giddalur, he said YSR had initiated several welfare measures for the poor people and is still being remembered for his concern for the poor and the marginalised.

He said the TDP was watering down all these schemes and was spending everything in the name of new capital city construction.

"Ask any poor man or woman! They will tell you what YSR did for them. Ask a young techie working in Chennai, Pune or Hyderabad! He will tall you how fee reimbursement helped him. But today, 108 service, which helped save thousands of lives, is being weakened. Look at the plight of the poor men and women standing for hours and fainting while waiting for their pensions,"" IV Reddy thundered.

He said Chandrababu was more interested in the welfare of his own family and is not concerned about the poor, the uncared for and the marginalised people. He said everyone knows to what levels Chandrababu stooped to make his son a minister in AP cabinet.

He said several states are now emulating the plethora of cases put in place by late YSR. He had worked to ensure that there are smiles in every face and he helped everyone regardless of their political affiliation. So, he should be honoured with Bharat Ratna, IV Reddy demanded.