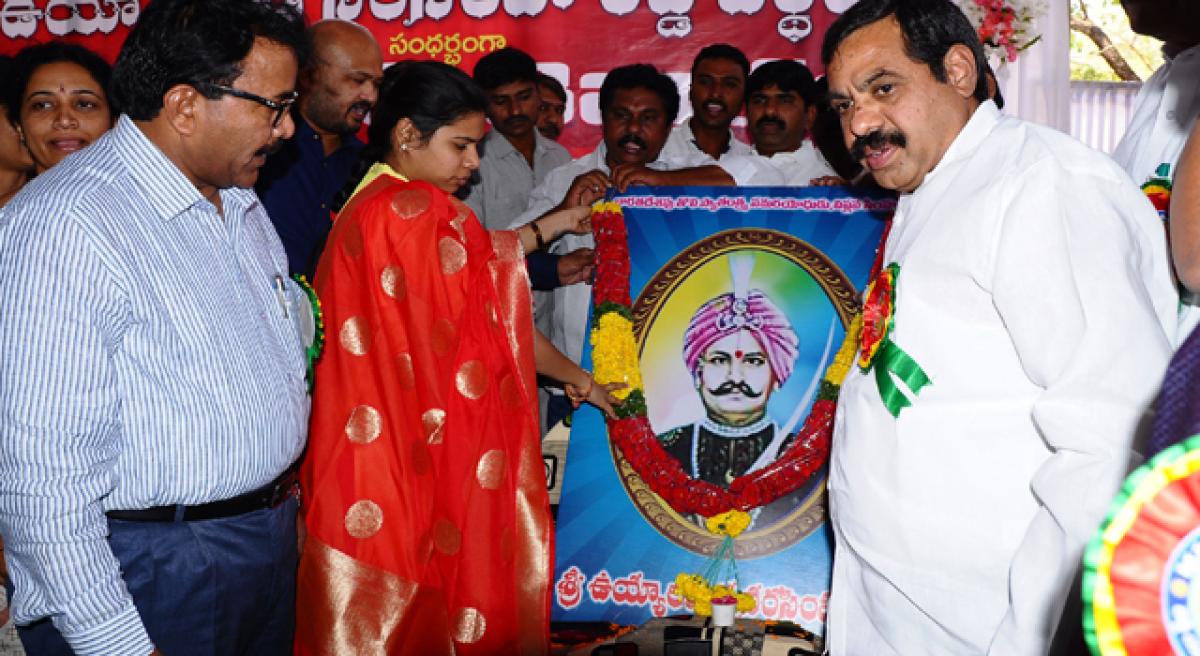 Tourism Minister Bhuma Akhila Priya said Uyyalawada Narasimha Reddy was a great freedom fighter, who has fought against the British to free India from their clutches.

Speaking on the occasion, Akhila Priya stated that she is very fortunate as Uyyalawada village falls in Kurnool district. The Minister said everyone should follow his footsteps by taking his life as an inspiration. District Collector S Satyanarayana said organising a blood donation camp marking the death of great freedom fighter is a novel initiative.

“It is our responsibility to let know the future generations about the life history of Narasimha Reddy,” he stated. He further advised the people not to believe in false rumours about blood donation as the donated blood will give life to others, who are in dire need.

On this occasion, the organisers of blood donation camp gave a representation to the Collector urging him to ensure his death anniversary is observed across the district from next year onwards.