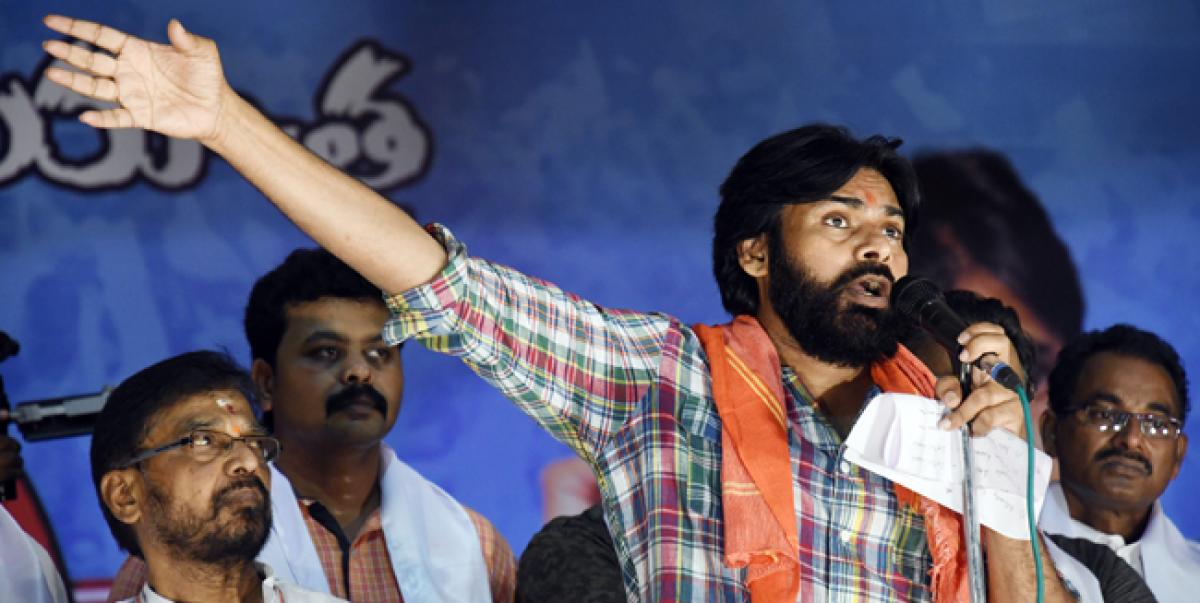 Visakhapatnam: Jana Sena party president Pawan Kalyan slammed the TDP leaders for involving in large number of land grabbing cases. If, some prevent them, they would also occupy the Dolphin hills, Pawan said. The TDP MLAs, their sons and their relatives looting public property at a large scale, he said. “But, I am fearless and never care anyone,” Pawan added.

The Jana Sena organised a meeting with the fans and followers of the party in the city on Thursday. Some of the Congress leaders including B Satyanarayana and others joined the party.

Speaking on the occasion, Pawan Kalyan said Jana Sena was established for welfare of common people and never be silent on these types of issues. “I am not demanding for myself. I am asking Chief Minister N Chandrababu Naidu to provide good governance in the state. But, the chief minister is not taking any action on the TDP leaders, who are involved in sand mafia, land mafia and other scandals.”

Mega Star gifted me a gun “My brother mega star Chiranjeevi worried about my future. Observing my sensitivity, anger and attitude, my brother thought that I may join in extremism. But, my anger is on the prevailing issues and not on the persons. My brother has also gifted me a gun to me. But, I don’t how to use it. My anguish and anger are to bring change in society and ensure better life to common man,” Pawan Kalyan said.