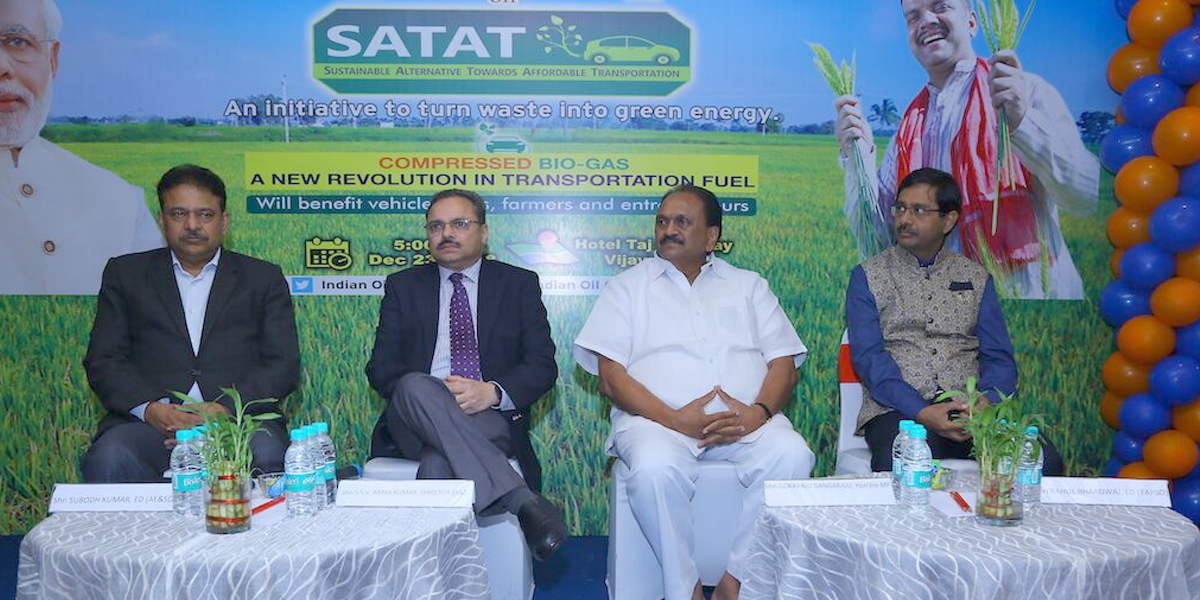 Member of Parliament Gokaraju Gangaraju was the chief guest for the event.

SATAT is an initiative to boost availability of more affordable transport fuels, better use of agricultural residue, cattle dung and municipal solid waste besides providing an additional source of revenue to farmers.

Dr SSV Ramakumar, Director of Research and Development of Indian Oil Corporation addressed the industrialists, entrepreneurs and businessmen on the importance and viability of the SATAT initiative to produce bio-gas.

As part of SATAT, the Oil Marketing Companies, including IndianOil are inviting Expression of Interest (EOI) to procure Compressed Bio Gas (CBG) from potential entrepreneurs and make available CBG in the market for use as automotive fuel.

Under the initiative, it is envisioned that 5000 CBG plants would be established across the country with an estimated annual CBG production of 15 million tonnes by 2023.

It is estimated that if the total potential of CBG is exploited in the country, India can produce approximately 62 million tonnes equivalent of CBG annually which is sufficient to replace the entire gas demand of the nation.

The interested parties could apply on the websites of IndianOil, Bharat Petroleum and Hindustan Petroleum on or before March 31, 2019.