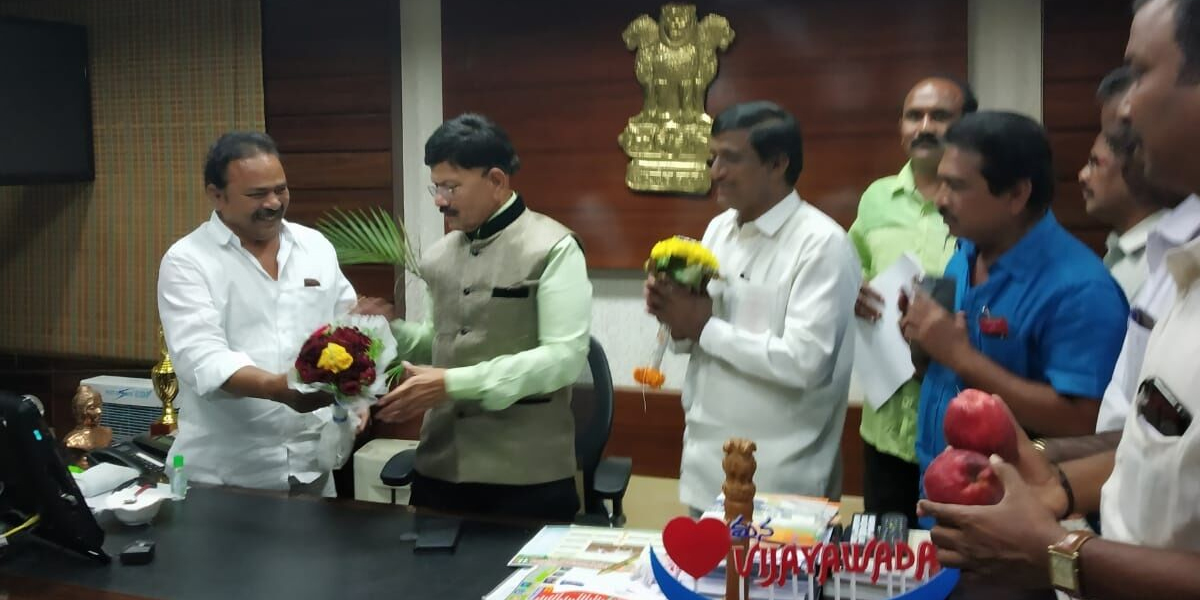 Vijayawada: The members of Progressive Recognised Teachers Union (PRTU) extended their greetings to the Krishna district magistrate and district Collector B Lakshmikantham at his camp office for keeping the district on top in all aspects.

The PRTU Sevadal state convener, D Srinu on Wednesday said that the district Collector led the district to the top position in various fronts and “we as the people of the district are proud to have an officer like our Collector.”

The Collector was greeted with bouquet on the occasion.