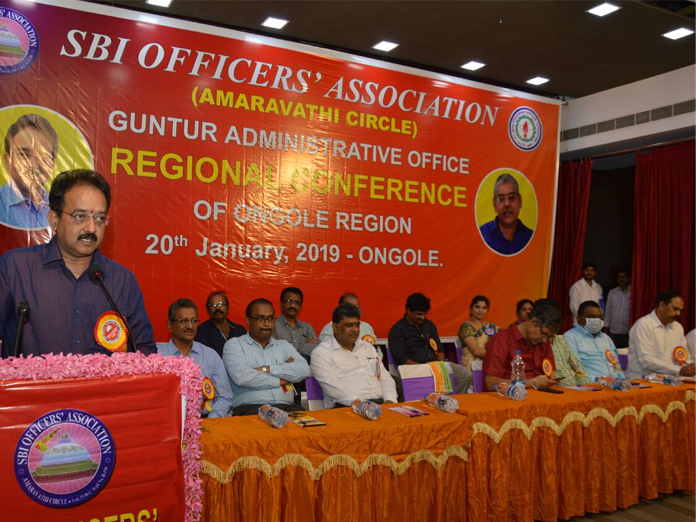 The officers organized a grand rally from the Santhapet SBI Branch to the venue.

The president of the Amaravati Circle Officers Association, G Kishore Kumar participated as the chief guest and said that unity of the members was required to fight for any demands in the present circumstances in the banking field.

He said that the issues of the officers were taken to the notice of the government with the strike in association with the AIBOC and credited the success to all participants.

SBI Regional Manager (Ongole) V Krishna Mohan compared the relationship with the officers association and management to a mother and father.

He thanked the association for its role in providing a number of facilities and benefits to the employees.

C Surya Kumar, general secretary of the SBI Officers Association Amaravati Circle said that they were organizing regional conferences every month in one region after another.