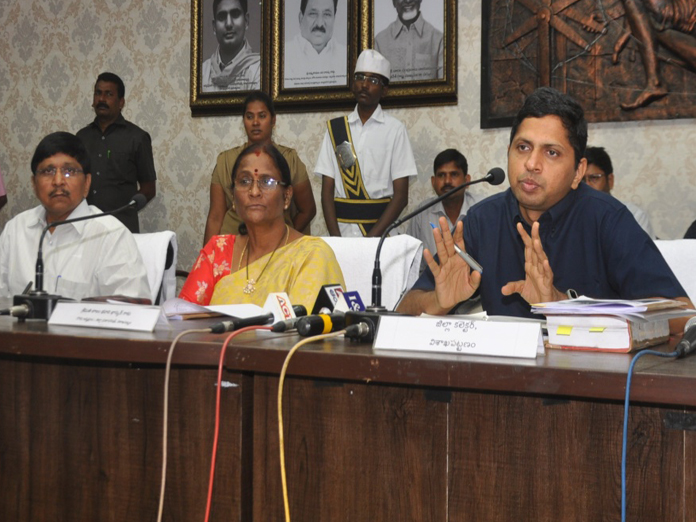 Visakhapatnam: Collector K Bhaskar on Thursday directed the District Educational Officer Lingeswara Reddy to issue orders for naming the government school as Padmanabhudi Bennaiah Setty School. The collector directed the DEO to issue the orders and inform it to Commissioner of Education.

The general body meeting of Zilla Parishad was held on Thursday, under the chairmanship of L Bhavani. Speaking in the meeting, MPP of Narsipatnam Ramanamma said that Padmanabhudi Bennaiah Setty gave his 5.40 acres of land worth Rs 7 crore to the school in Vemulapudi panchayat. However, the government was not giving permission to name the school infavour of donors, she said.

The collector already issued orders that all the officials must attend to the grievances progamme on Monday and except emergency, only leaves would be sanctioned to officials on Monday.