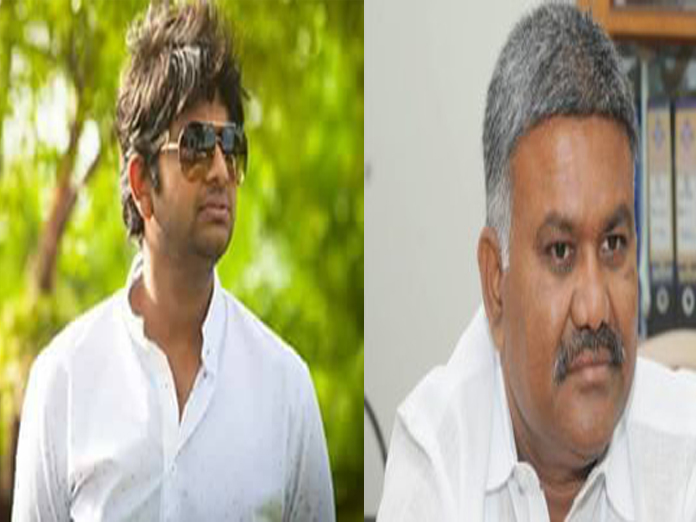 J C Diwakar Reddy had been a Congress MLA for 6 terms. In 2014, he joined the Telugu Desam Party with the decline of the Congress party in the State post-bifurcation. His brother J C Prabhakar Reddy who had served as the municipal chairman of Tadipatri municipality was elected MLA on TDP ticket in 2014 elections. Diwakar Reddy contested for Anantapur Parliamentary seat on behalf of the Telugu Desam Party in 2014 Lok Sabha elections and emerged triumphant.

Diwakar Reddy had been openly declaring for quite some time that he would withdraw from active politics and instead his son Pawan Reddy would contest the 2019 Lok Sabha polls in his place if Chief Minister N Chandrababu Naidu gave his consent. Pawan Reddy had been active in people connect programmes for over 2 years now.

Meanwhile, Tadipatri MLA J C Prabhakar Reddy too had in the recent past declared that he would withdraw from the electoral fray and instead field his son Ashmit Reddy for Tadipathri constituency.

The YSRCP is fielding Kethireddi Pedda Reddy as its candidate in Tadipatri. There is also a talk that the YSRCP would give a tough fight to the TDP by making efforts to bring a family member of freedom fighter Challa Subba Rayudu into the YSRCP and field one of his family members for Tadipatri seat.

If their efforts do not fructify, then Pedda Reddy will remain as the party candidate in Tadipatri. The BJP and the Jana Sena Party's presence is nominal and has no names worth mentioning as probable candidates.