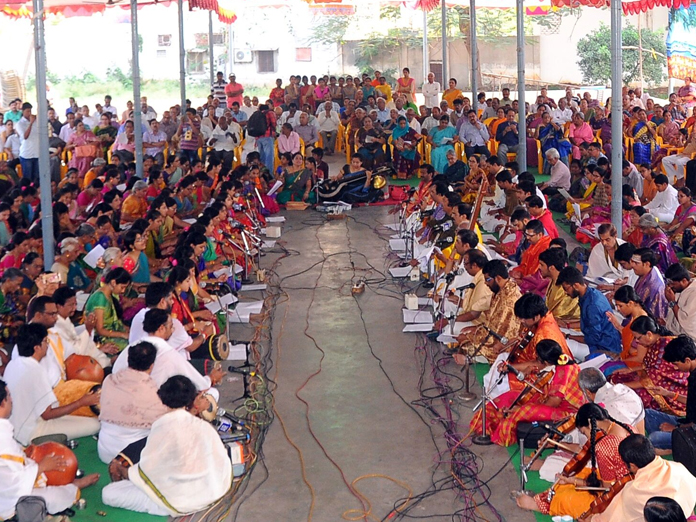 Hundreds of spectators descend there to pay homage to the music saint Thyagarajaswamy.

As part of Aradhana, the Sangeeta Sanmandali, organized this programme as part of music festival which commenced on January 16 in Vijayawada.