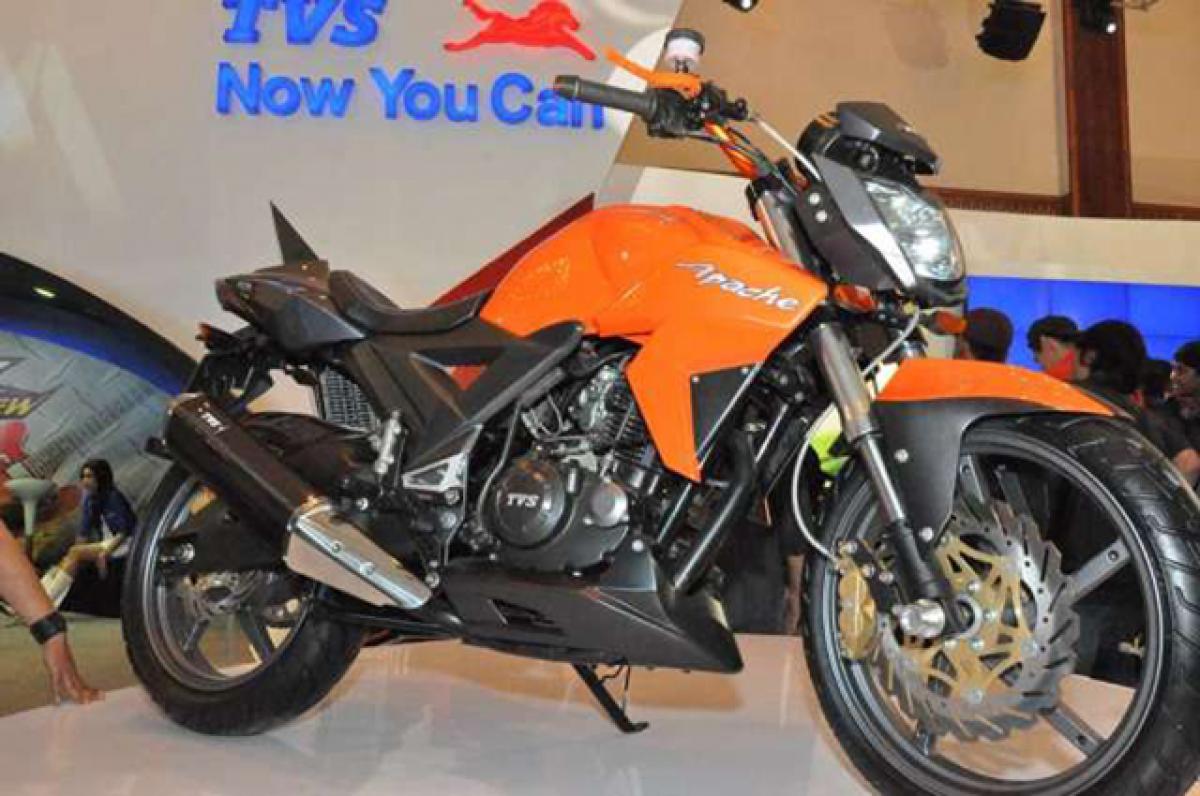 Spied TVS Apache is very similar to velocity concept. TVS has been around in India since a very long time but since the past few years, the brand hasn’t been able to come up with a vehicle which could defeat the competition in terms of sales numbers, at least in the performance segment.

TVS has been around in India since a very long time but since the past few years, the brand hasn’t been able to come up with a vehicle which could defeat the competition in terms of sales numbers, at least in the performance segment. Many products from the brand got reasonable success but now the company is looking at developing a product which has the potential of becoming the segment leader. The 150cc-200cc segment has been dominated by the Bajaj Pulsar range so far and TVS plans to attack it with the upcoming Apache. One look at the spyshots of the bike and one can spot many elements from the Velocity concept which was released long time ago. The major problems with the current TVS Apache are the dated looks and the vibrations from the engine at higher revs. With radical changes to the looks, the new Apache will look sharp. Changes to the tank design and front headlight cowl make the motorcycle look completely new. Rear petal disc brakes are a nice addition and will provide excellent braking. We expect ABS to be available as an option on the new bike since the current Apache 180 also has it. An all new 200cc liquid-cooled engine is likely to power the bike which will be paired to a 6-speed transmission.

The 2016 TVS Apache also receives some elements from the Draken concept which in turn has some similarities with the Velocity concept. Split seats, curved 5-spoke alloy wheels, LED tail light have been added, lending a modern look to the bike. Quality equipment like thick forks, monoshock suspension and a digital speedometer will also be offered. The engine will be quite powerful with power figures estimated to be around 28 BHP. Since it is likely to be equipped with a 200cc engine, the new Apache will directly compete with the KTM Duke 200, Bajaj Pulsar 200cc variants and the other offerings in the same segment. A tough fight if you ask us.