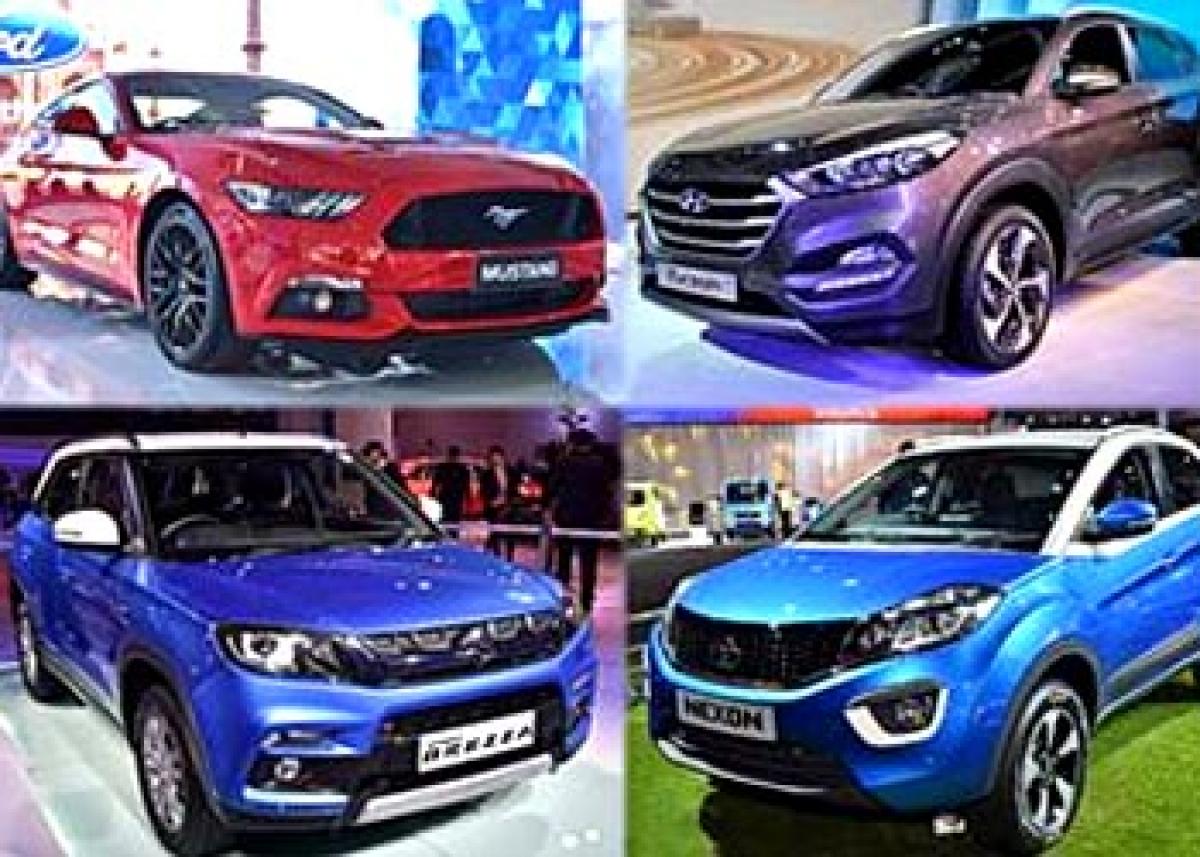 The stars were there in large numbers. Sachin Tendulkar, Virat Kohli, Zaheer Khan, Mohinder Amarnath and top racing driver Karun Chondok came to lend some of the shine of their stellar names to the vehicles on display at the Auto Expo here, some 30 km from the Delhi border.

Greater Noida: The stars were there in large numbers. Sachin Tendulkar, Virat Kohli, Zaheer Khan, Mohinder Amarnath and top racing driver Karun Chondok came to lend some of the shine of their stellar names to the vehicles on display at the Auto Expo here, some 30 km from the Delhi border.

But on Thursday, the big cars were the real heroes, sought after by visitors in large numbers. Officials expect those numbers to swell when the show is opened to public on Friday.

Notwithstanding the anxiety over recent Supreme Court ruling banning any fresh registration of diesel-powered large SUVs and cars (over 2,000 cc) till March, every player in this segment has something new to offer at the India Expo Mart.

Perhaps the declining price of oil has convinced manufacturers that big is once more beautiful.

It not as if the hatchbacks and sedans are not vying with their dazzling displays. But in the desire for owning a vehicle, the sports utility vehicles win hands down.

Compact SUVs and multi-utility vehicles (MUV) seem to be the flavour now. More than a dozen such vehicles are making their debut as part of 80 new offerings that the 13th edition of the Auto Expo is promising to some 600,000 visitors expected till February 9.

One example would be the Mahindra Aero XUV which was showcased in front of the media on Thursday. An in-house Mahindra design, the SUV is powered by a mHawk 210 HP engine which houses a Next Gen turbo boost, delivering high torque.

Loads of fans came to view the vehicle, some even saying that they would be interested in buying it irrespective of the new emission laws put in place in the national capital.

Elsewhere, India's love for cricket was evident as Tendulkar, brand ambassador of BMW, came to give a boost to the car's image. Kohli launched an Audi sports car.

Amarnath and Zaheer, on the other hand, came in as a part of the International Cricket Council (ICC) initiative. They launched two ICC limited edition cars to commemorate the upcoming 2016 World Twenty20 to be held in India.

Tendulkar was, as always, followed around by legions of his fans who, for the moment, forgot about the cars when they saw him.

Former Formula 1 racer Chandhok was also a crowd puller. The auto-enthusiasts spotted him and managed to hold him off, asking for selfies and autographs.

"It has been quite chaotic, hasn't it" Chandhok, who is a Nissan GT Academy coach, asked while speaking to IANS.

"The Auto Expo has been developed into a great show. I came here in 1993 with my dad. I was a young boy at that time. Obviously it has changed a lot now. It is a great place for manufacturers to showcase their products," added the Chennai-resident.

A top upcoming Indian racer, Aditya Patel, was spotted at the entrance.

"The passes and tickets have been in high demand. I am waiting here to give some passes to a whole bunch of friends," Patel said.

"It is a nice car but they have got the 2015 edition. It is a cult car. I also enjoy the Ferraris because I race them. The Ford Mustang was nice so was the Wrangler Jeep," Singhania said in a brief chat.

"It could have been done bigger though, closer to New Delhi as this place is very far from the airport. I was supposed to come here on Saturday for a function but I am not going to make it now," added Singhania before heading to the Audi pavilion.