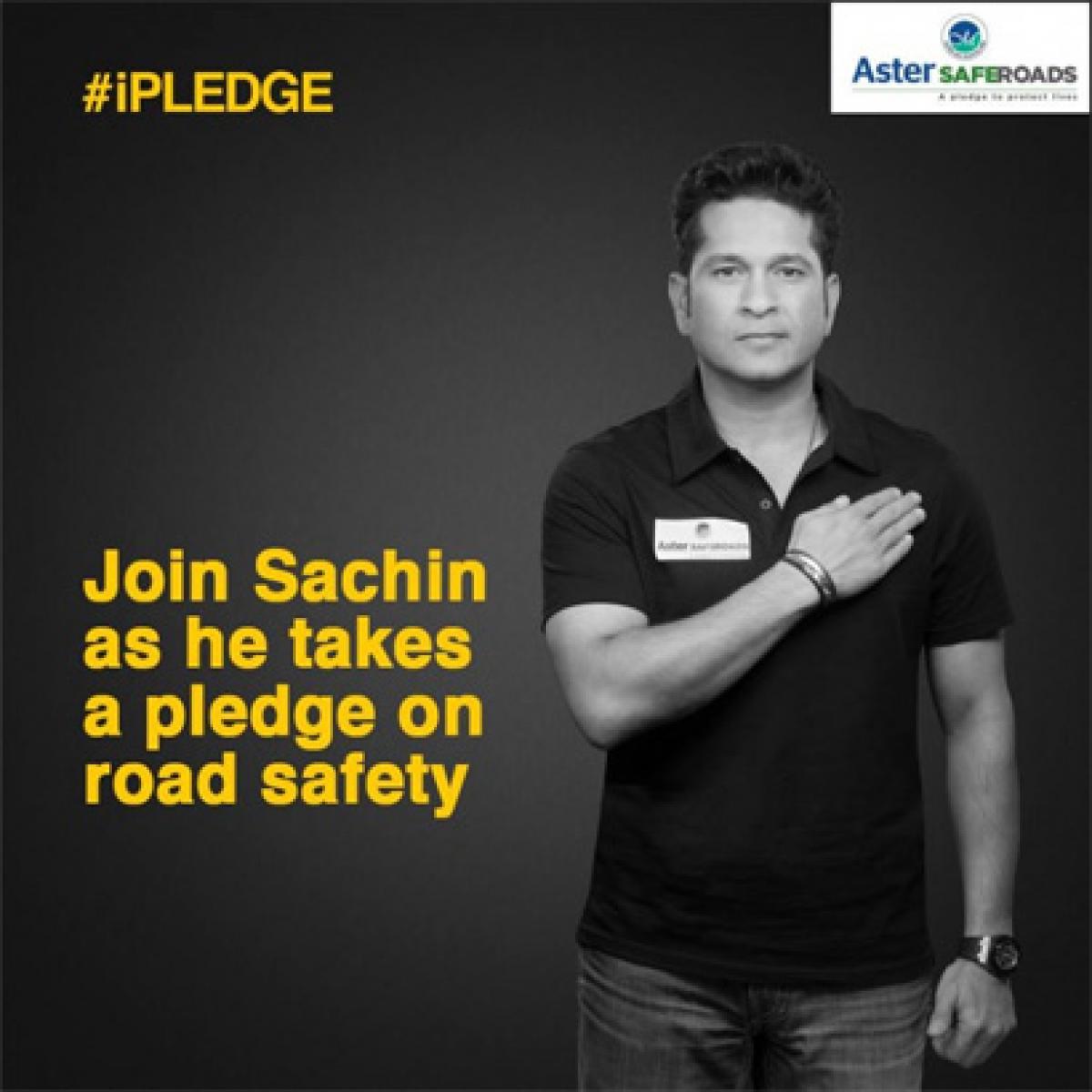 In view of hundreds of lives lost in India each day due to road accidents, Cricket icon Sachin Tendulkar is now part of a nation-wide road safety campaign.As per Indian Transport Ministry, 1 life is lost every 3.7 minutes in India due to road accidents. This equates to 390 deaths every day, and over 1.4 lakh every year. Apart from this, road accident also results in over 50 lakh people getting injured every year. Educating people about road safety is the need of the hour, and who better than Sachin Tendulkar than promoting that.

Sachin Tendulkar’s Road Safety Campaign calls for a special relationship between drivers and pedestrians besides a more orderly traffic system and more stringent rules and regulations. Discipline on roads is a paramount requirement to reduce traffic accidents and Sachin Tendulkar has likened the relationship between driver and pedestrian to that between batsman and non striker. He urged the need for a better understanding between the two which would work towards reducing road accidents, deaths and serious injuries.

Tendulkar at the launch of ‘Aster SafeRoads i#Pledge’ campaign enumerated various instances when he saw people blatantly violating traffic rules. He cited instances when two-wheeler riders preferred to hang helmets on bike handles rather than wearing them. This Road Safety Campaign is a part of the initiative of Forbes billionaire Azad Moopen, a Dubai-based doctor and healthcare entrepreneur. The pledge for Road Safety was taken by Tendulkar along with 5,000 children at the stadium in Del