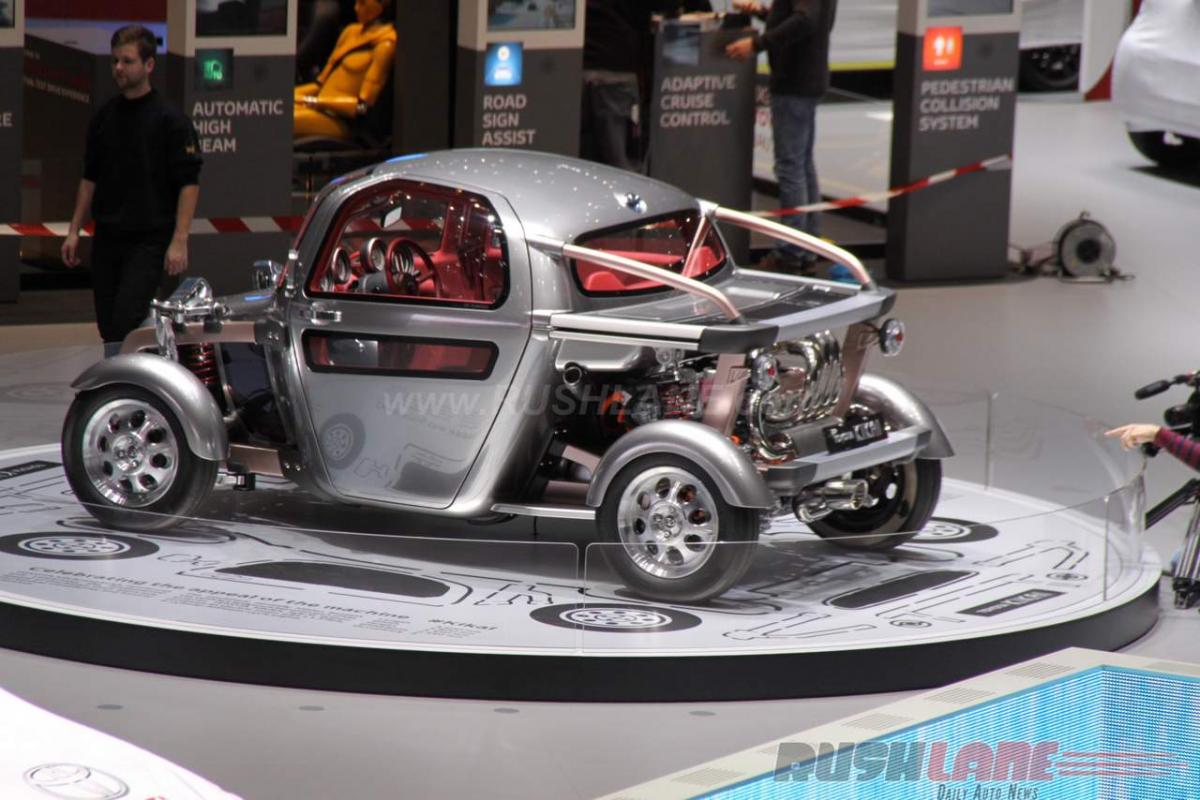 Showing the simplicity of machine in its purest form, Toyota Kikai is a concept that has been built on three pillars – Innovative form, Driving sensation, and Stimulating layout.

Showing the simplicity of machine in its purest form, Toyota Kikai is a concept that has been built on three pillars – Innovative form, Driving sensation, and Stimulating layout.

Toyota Kikai at 2016 Geneva Motor Show
Toyota Kikai design is such that it displays the car’s machinery which is usually kept hidden in modern day cars. Not only that, the wide windscreen and the large windows give a peek into the car’s interiors very vividly.

In keeping with the driver in tune with the car and the motion, there is a small window near the driver’s feet through which they can see the tyres and suspension, which gives them a better sense of motion while driving. They can also see the upper control arm from the windshield.

Toyota Kikai at 2016 Geneva
Speaking about Kikai, Toyota says – “While most vehicles conceal their inner workings beneath smooth sheet metal, this concept encourages us to appreciate the complex beauty of the mechanical aspects of cars. More broadly, it reminds us of the appeal of the physical and tactile in a digital age.”Toyota Kikai – 2016 Geneva Motor Show LIVE

This article was first published on:Rushlane.com