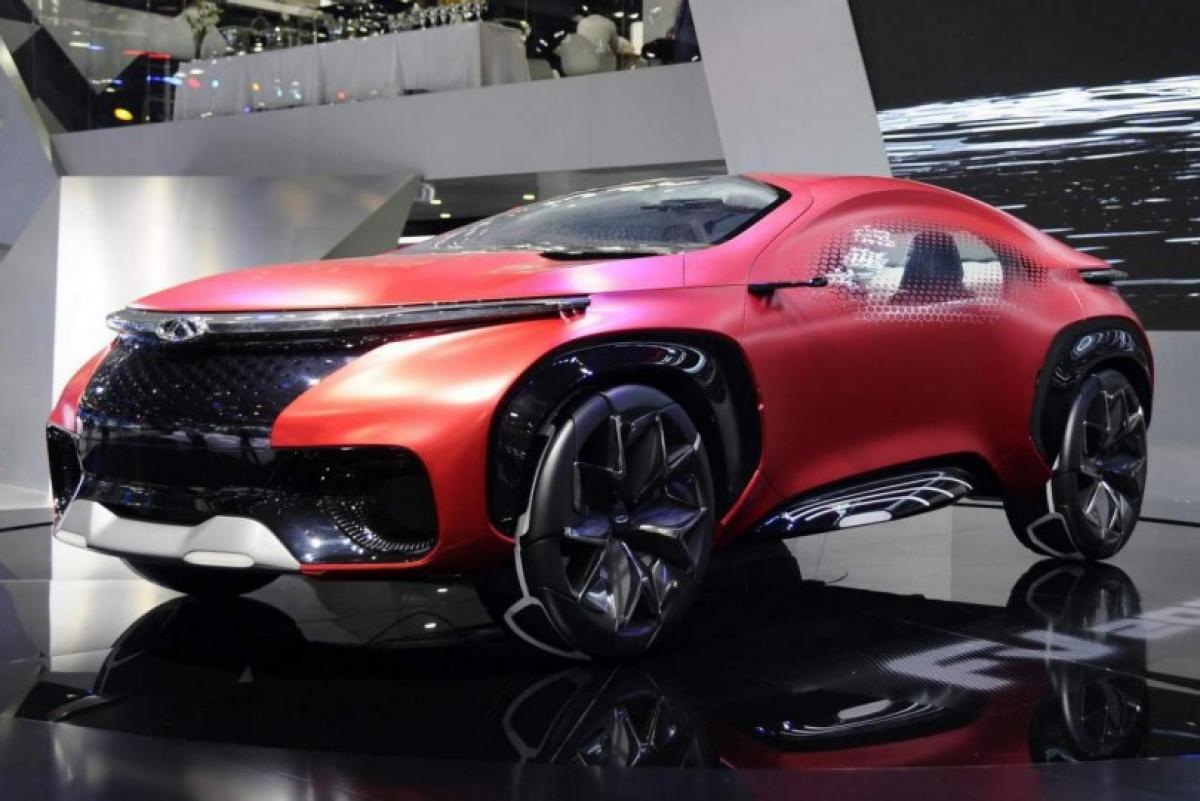 Being displayed as a concept, the Chery FV2030 concept car is being used to gauge customer response prior to a series production version.

Being displayed as a concept, the Chery FV2030 concept car is being used to gauge customer response prior to a series production version.

Chery introduced the futuristic FV2030 concept at the ongoing 2016 Beijing Auto Show. Bold in stance and futuristic in design, the Chery FV2030 crossover coupe can be seen with a bold front fascia and floating grille.

It gets huge air intakes and a large hood. The concept can also be seen with semi-transparent gullwing doors, alloy wheels and flared fenders. At the rear, the concept receives a tailgate mounted spoiler, aluminum skid plate and floating LED tailgate bar.

Interiors of Chery FV2030 have not been detailed though the cabin receives white leather seats besides LED lighting. The concept will receive an all electric drivetrain and get smart driverless technology with autonomous driving features while cabin sports a new 3D holographic display.

Besides Chery FV2030, the Chinese carmakers are also showing the new Tiggo 7 SUV, Tiggo 3X SUV, Chery Karry K60, and a host of new energy vehicles. Once Chery FV2030 concept enters production, it will compete against the China only Mazda CX-4 SUV.