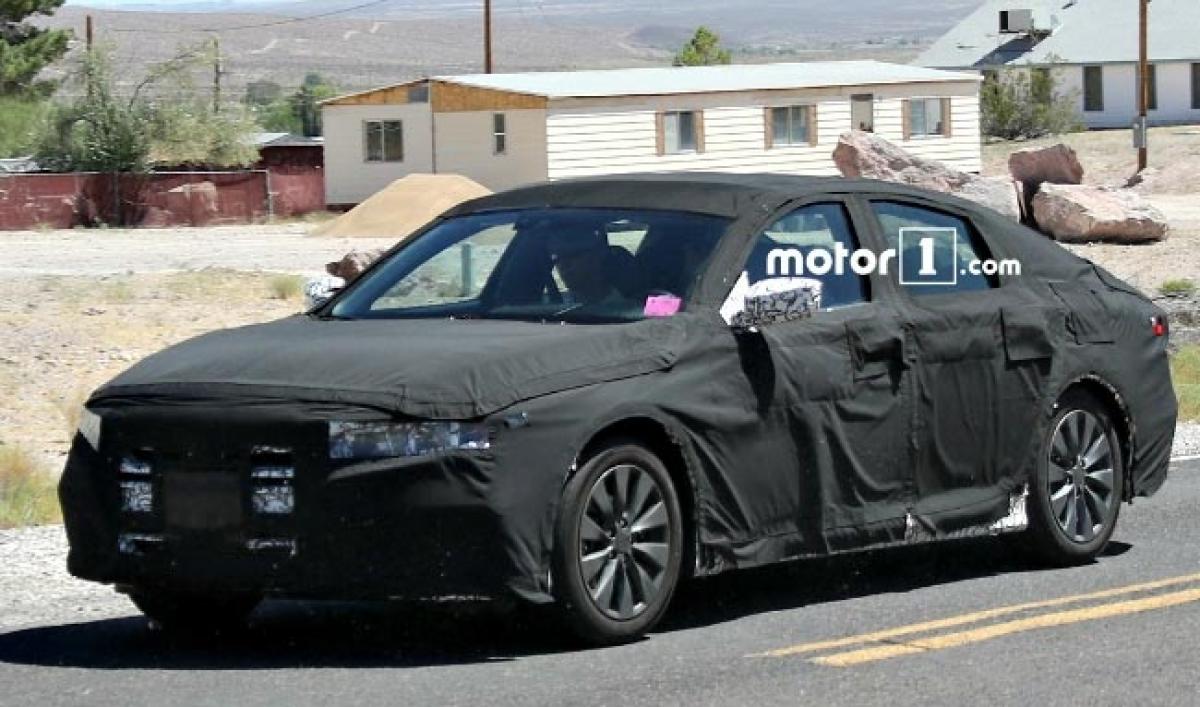 Honda is hard at work developing the next generation Accord. The 2018 sedan has been spied for the very first time, and it is getting a lot of changes, both in terms of aesthetics and mechanics. Here’s what we know about the tenth generation 2018 Honda Accord.

Honda is hard at work developing the next generation Accord. The 2018 sedan has been spied for the very first time, and it is getting a lot of changes, both in terms of aesthetics and mechanics. Here’s what we know about the tenth generation 2018 Honda Accord.

It is evident that the upcoming Accord will have an aggressive rear profile. Elements such as the fastback roofline complement the steeply sloping rear windscreen along with the short and stubby boot — a recipe that made the current Civic popular. It will be a complete departure from the ongoing Accord’s silhouette. The front design will also be reminiscent of the Civic and it will have all-LED lighting (both at the front and rear), which was introduced with the current-gen facelifted Accord.

Platform
Honda will use its new flexible chassis for the 2018 Accord that debuted with the latest tenth generation Civic. It will help the upcoming Accord shed its weight compared to the current version, just like the Civic. Courtesy of this platform, the new Civic has lost nearly 30kg over its predecessor despite being significantly wider and longer. It will be too early to guess the size of the upcoming Accord, but there will be dimensional changes for sure.

Honda will continue with the naturally aspirated four-cylinder motor with the tenth generation sedan — the 2.4-litre i-VTEC. However, it is expected that the massive 3.5-litre V6 will no longer be available with the new one. Instead of the V6 Honda is most likely to introduce a turbo motor from the brand’s latest VTEC Turbo family of engines, most likely a 2.0-litre VTEC Turbo. For the hybrid version it is expected of Honda to continue with the latest updated powertrain which was launched with the mid-life update of the ninth generation model. Speaking of the transmission, it will come with a 6-speed manual along with a CVT (continuously variable transmission) automatic options.

The 2018 Accord is expected to make its appearance at some auto show in 2017, with sales beginning in the same year. In India, Honda will relaunch the nameplate with the facelifted version of the ninth generation Accord. Expect the tenth generation Accord to launch here as early as 2019.