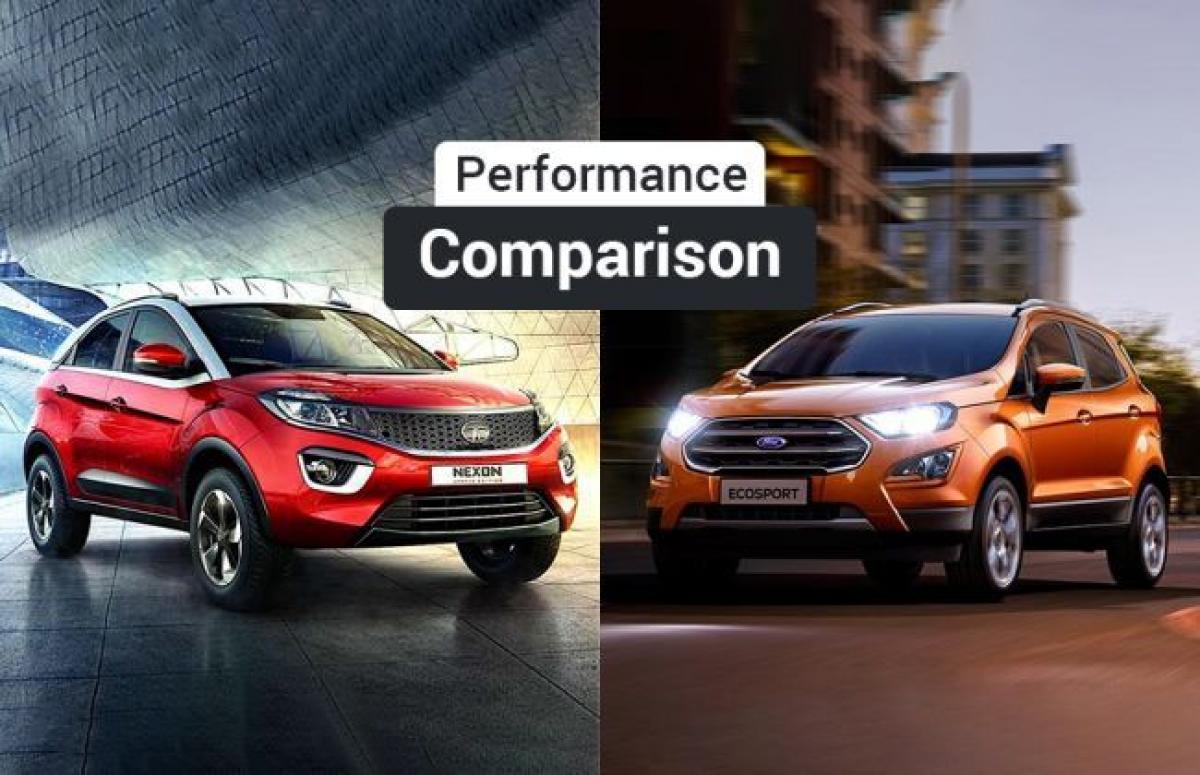 The Nexon’s petrol engine is more frugal, but is it quicker too? The Ford EcoSport is available with 2 petrol engine options: a 1.5-litre Drag...

The Nexon’s petrol engine is more frugal, but is it quicker too?

We compare the EcoSport 1.5 and the Nexon 1.2 to find out how the difference in claimed figures affect performance and fuel economy in the real world.

We’ll start with the acceleration figures of both these petrol-manual sub-4m compact SUVs:

While acceleration is a key measure of performance, braking is just as important. Both cars come equipped with ABS as standard but vary in weight (kerb weight of the Nexon is 1237kg while that of the EcoSport is 1274kg) and use different tyres (Nexon’s tyres are wider at 215/60 R16 compared to 205/60 R16 of the EcoSport). Let’s see how much of a difference that makes:

When it comes to city driving, the Tata Nexon is clearly more fuel efficient than the Ford EcoSport while both sub-4m compact SUVs offer very similar figures at highway speeds. If your daily commute involves driving in the city for most of the time, the Nexon petrol is the better pick, especially with the rising fuel prices.

It’s a mixed bag when it comes to the acceleration performance of the Nexon and the EcoSport. While the Nexon is quicker from standstill, the EcoSport is quicker on the move. In terms of braking, the Nexon performs notably better. As for fuel economy, the Nexon makes more sense for frequent city use while at highway speeds, the EcoSport also offers similar efficiency. Overall, the Tata Nexon appears to be the better performing package of the two.