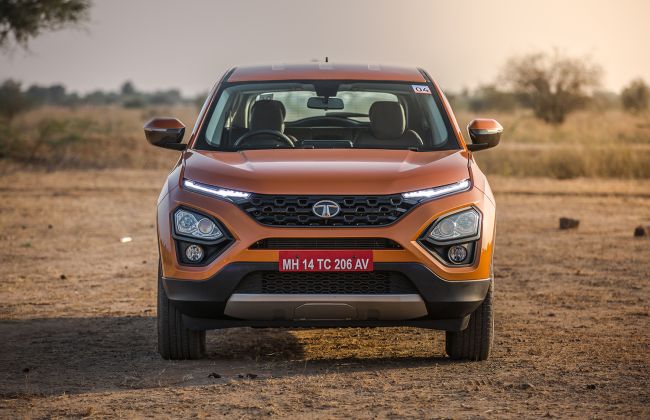 The 2.0-litre diesel present in the Harrier could be tuned to produce about 180PS The Harrier and the Compass share Fiat’s 2.0-litre...

The 2.0-litre diesel present in the Harrier could be tuned to produce about 180PS

It is common knowledge that the 2.0-litre turbocharged diesel engine underneath the bonnet of the Harrier has been sourced from Fiat Chrysler Automobiles (FCA). And it is the same engine that is also present in the Jeep Compass, where it makes 173PS compared to the 140PS it makes in the Harrier. So some people might be scratching their heads as to why that is.

The 2.0-litre MultiJet diesel engine from Fiat is available in two states of tune globally. The Harrier gets the lower state of tune, which is essentially offered with FCA's Jeep Renegade. The India-spec Compass gets the higher state of tune. However, a more powerful Harrier is in the works and our sources suggest, it will make close to 180PS of power. That’s more power than the Jeep Compass and it will be needed as the Harrier is heavier than the Compass. It weighs 1675kg, which is 91kg more than the Compass.

It is not confirmed what use the more powerful engine will have. It could be plonked into the 7-seater variant of the Harrier that will be launched in India by the end of 2019. Alternatively, it could also spawn off a JTP variant of the regular 5-seater Harrier. Both these scenarios could also be true.

Also, the 5-seater variant of the Harrier currently on sale has a waiting period of up to three months. For more information about this, stay tuned to CarDekho.

83- The most anticipated film of Deepika Padukone First look is out, She is Damn impressive in BoB

PM pays tributes to Chhatrapati Shivaji Maharaj on his 390th...

83- The most anticipated film of Deepika Padukone First look is out, She is Damn impressive in BoB

99 Songs Trailer – An Ode To All The Artists In The World
We use cookies for analytics, advertising and to improve our site. You agree to our use of cookies by continuing to use our site. To know more, see our Cookie Policy and Cookie Settings.Ok