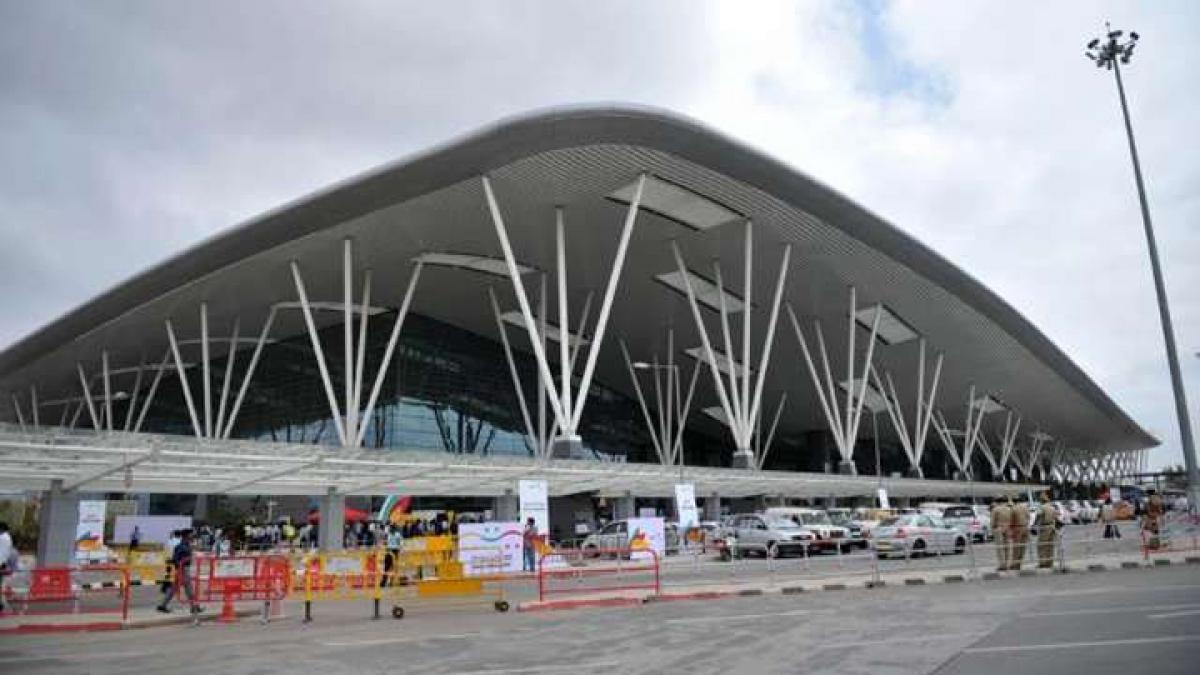 In a significant development, city-based GVK Power and Infrastructure Ltd on Monday said it would divest 33 per cent stake in Bangalore International Airport Ltd (BIAL) to Fairfax India for Rs 2,149 crore.

Hyderabad: In a significant development, city-based GVK Power and Infrastructure Ltd on Monday said it would divest 33 per cent stake in Bangalore International Airport Ltd (BIAL) to Fairfax India for Rs 2,149 crore. The transaction will reduce the infrastructure major’s debt burden by Rs 2,000 crore and help it save around Rs 300 crore annually on interest costs.

BIAL owns and operates the Kempegowda International Airport Bengaluru. The airport started operations in May 2008. In BIAL, GVK Group holds 43 per cent stake which will come down to 10 per cent after the deal. Besides GVK, Siemens Project Ventures GmbH has 26 per cent stake and Flughafen Zurich AG Ltd 5 per cent while state-owned entities Airport Authority of India and Karnataka State Industrial Investment & Development Corporation Limited hold 13 per cent each.

Fairfax India Holdings Corporation and Fairfax Financial Holdings Limited, through their wholly-owned subsidiaries in Mauritius, will pick up the stake from GVK. Fairfax is owned by Canadian billionaire Prem Watsa who is also known as 'Warren Buffet of Canada'. "Upon completion of this transaction, there would be reduction of debt burden of around Rs 2,000 crore and would also result in savings of interest costs to the extent of Rs 300 crore per annum," the company said in a release.

GVK Airport Developers, a wholly-owned subsidiary of GVK Power, had initiated a financing process last year to reduce its debt obligations. As per the release, multiple offers were received and out of them, Fairfax Group was selected. GVK shall remain a long term investor and pioneer in airport assets in India. GVK is bullish on the airport sector in India and shall continue to build iconic assets for the country, it added.

“The deal is an important and successful milestone in deleveraging the balance sheet. All proceeds from this stake sale shall be used to bring down our debt obligations to our lenders. We chose Fairfax as a partner in BIAL as we have a long standing relationship with its chairman, Prem Watsa,” said G V K Reddy, Founding Chairman and Managing Director, GVK.

We would look forward to partnering with them in developing Kempegowda International Airport through its next stage of expansion as we develop a new world-class Terminal 2 and a new runway, Reddy said. The transaction is subject to customary closing conditions and third party approvals including lender consents, and is expected to be completed by mid-2016. Fairfax India's Chairman Prem Watsa said it would work closely with all stakeholders to manage the stake in BIAL going forward.

“We have great admiration for GVK in the outstanding work that they have done to develop Kempegowda International Airport to its current stature,” he said. G V Sanjay Reddy to continue to lead the management team as Managing Director (MD) of BIAL and G V K Reddy would remain as Co Chairman, he added.