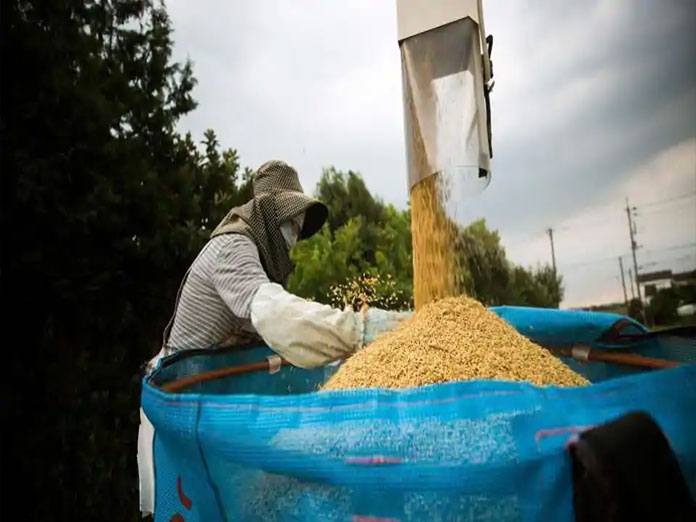 Assam Finance Minister Himanta Biswa Sarma on Wednesday presented a Rs 1,19304crore deficit budget for 201920, introducing several new schemes including rice at Rs 1 per kilogram for the poor, 1 tola 10 gram gold to the brides, among others

Guwahati:Assam Finance Minister Himanta Biswa Sarma on Wednesday presented a Rs 1,193.04-crore deficit budget for 2019-20, introducing several new schemes including rice at Rs 1 per kilogram for the poor, 1 tola (10 gram) gold to the brides, among others.

The Minister also announced waiver of hotel fees for students and some social security schemes to cover the young widows and 'divgyangs' and scholarship schemes for the higher education of girls from the minority communities.

The budget also announced Affordable Nutrition & Nourishment Assistance (ANNA) Yojana under which the government plans to provide rice at a further subsidized rate of Re 1 per kg instead for the benefit of 53 lakh households.

Giving details of the Affordable Nutrition & Nourishment Assistance (ANNA) Yojana, Sarma said the government will provide rice at a subsidized rate of Re 1 per kg instead of the present Rs 3 per kg in order to further strengthen food security for our people.

He said that the scheme is expected to benefit 53 lakh households across the state and added the government will start the pilot implementation of ANNA Yojana from March, 2019.

"I am happy to announce that we shall give 'one tola gold', costing around Rs 38,000 as on today, to brides belonging to all such communities of our state where it is customary to provide gold at the time of wedding," Sarma said while presenting the budget.

"A subsidy of Rs 700 per student per month to be paid for 10 months in a year, irrespective of their economic status, on the mess bills, for those students staying in the hostels of government, or provincialised colleges and universities," the minister said, adding the government will also provide battery operated 'e-bikes' to all girl students who secure 1st division or above in their higher secondary examinations.

"The government has decided to provide rice free of cost to 4 lakh families in the tea garden areas and 2 kg of sugar per month to the families of the tea garden workers," he said, adding that the government is launching a new scheme under which any woman, up to the age of 45 years, who loses her husband, will receive an amount of Rs 25,000 as 'Immediate Family Assistance'.

"In addition to the immediate assistance of Rs 25,000, for regular maintenance expenses, the widow will also be eligible for a monthly pension of Rs 250 until she attains the age of 60 years, post which, she will be moved to the old age pension scheme," said Sarma.

He said that the government has earmarked Rs 200 crore for scholarships to girl students of minority communities for higher education and announced the government has decided to establish a Development Corporation for the Indigenous Muslims which will take up various programmes for their development.