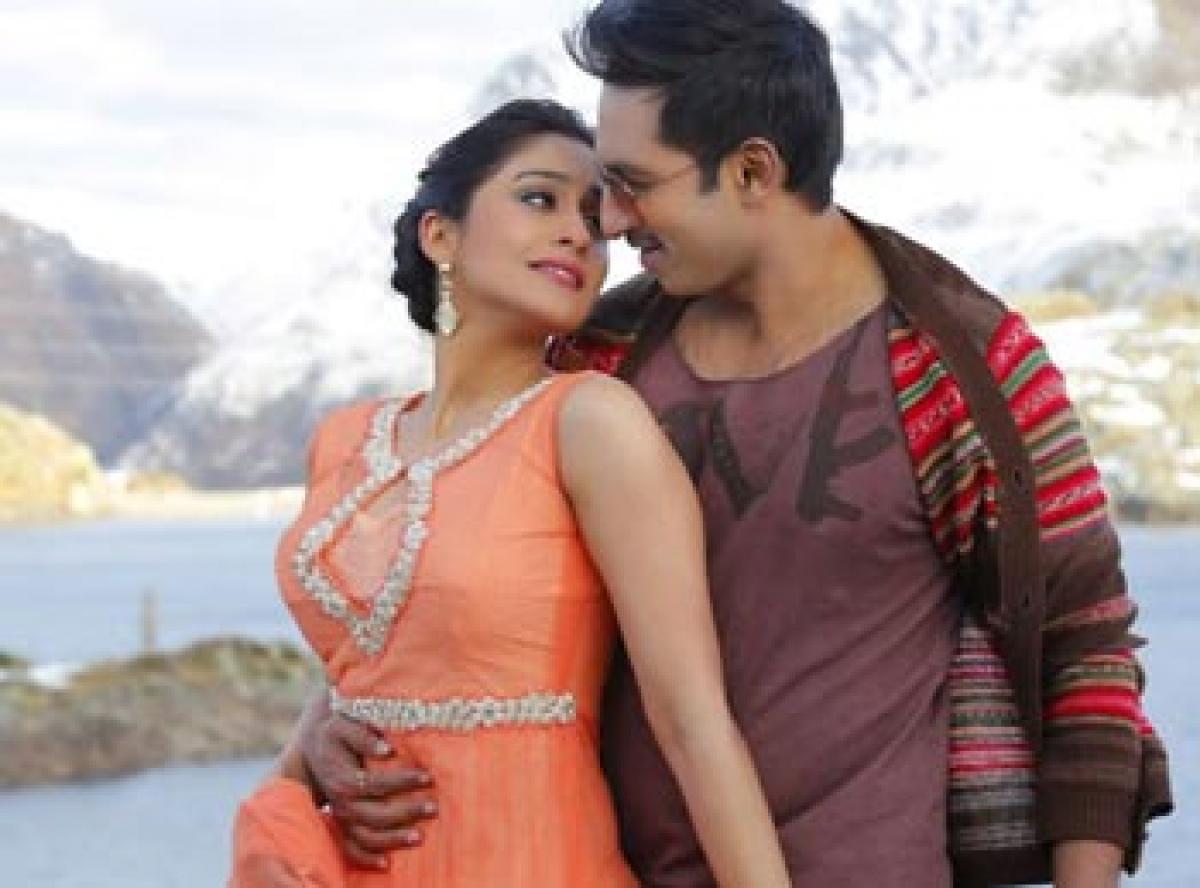 If there is one common thread in most of Gopichand’s films – it is the faithfulness to formula. ‘Soukhyam’, with the pretty Regina Cassandra as the female lead, too starts off on the familiar note.

If there is one common thread in most of Gopichand’s films – it is the faithfulness to formula. ‘Soukhyam’, with the pretty Regina Cassandra as the female lead, too starts off on the familiar note. The first scene that introduces the hero, who interrupts a marriage only to get the bride married off to her loved one, is followed by a song.

Here enter the bad guys who halt the traffic to play cricket on the road and in order to save a kid fighting for her life in an ambulance, the hero intervenes, beats the bad guys, black and blue, and helps the traffic move smoothly. The guy, who is beaten up is none other than the villain’s (Pradeep Rawat) son. The villainous father promises his son that he will kill the person responsible for the fiasco. So far so predictable!

Srinu (Gopichand) is soon back at home, refusing to marry even as his father (Mukesh Rishi) is frustrated with his son’s attitude. The story goes back a few months when Srinu meets Sailaja (Regina) on a train journey from Hyderabad to Tirupati, falls in love with her and even imagines a romantic song in one of those exotic, icy, hilly foreign locations, before proposing to her. She refuses to reciprocate his love.

One coincidence leads to the other until the heroine too confesses that she has always been in love with the hero, but only refused to acknowledge it for the fear of her father (who by all standards of cliché would turn out to be yet another bad fearful villain). After yet another song, (sigh!) the rowdies belonging to heroine’s father abduct her, but of course, when the hero is not around to save her. After this predictable twist, the hero is unable to locate her whereabouts.

In the film, there is no dearth of coincidences and during one such moment the hero meets the heroine again. The film shifts from action to comedy mode and a series of make believe scenes follow: a lot of punch dialogues and comedy of errors ensue to make Sailaja stay safely at Srinu’s place.

And, “chance pe dance”, she also impresses upon the father, who otherwise hates violence and violence-oriented families. The movie director A S Ravi Kumar Chowdary, assisted by ace screenplay writers Kona Venkat and Gopimohan, takes forward the story from one cliché to another until the climax scene that breaks all existing standards of filmmaking – pun intended.

Over all ‘Soukhyam’ is the case of filmmaking that cannot even deliver the most tested and tried formula well. What is even more depressing is that many good actors are wasted. Even if this has become quite common in the multi-cast Telugu films of the day, the way in which, the lovable, effervescent Sowcar Janaki was underutilised is hard to come to terms with.

A special mention for the comedians who are given a designated screen space, and hence come, deliver their bit and move away and that includes Brahmanandam too. And not-so special mention to Anup Rubens who has convincingly belted out some forgetful numbers.