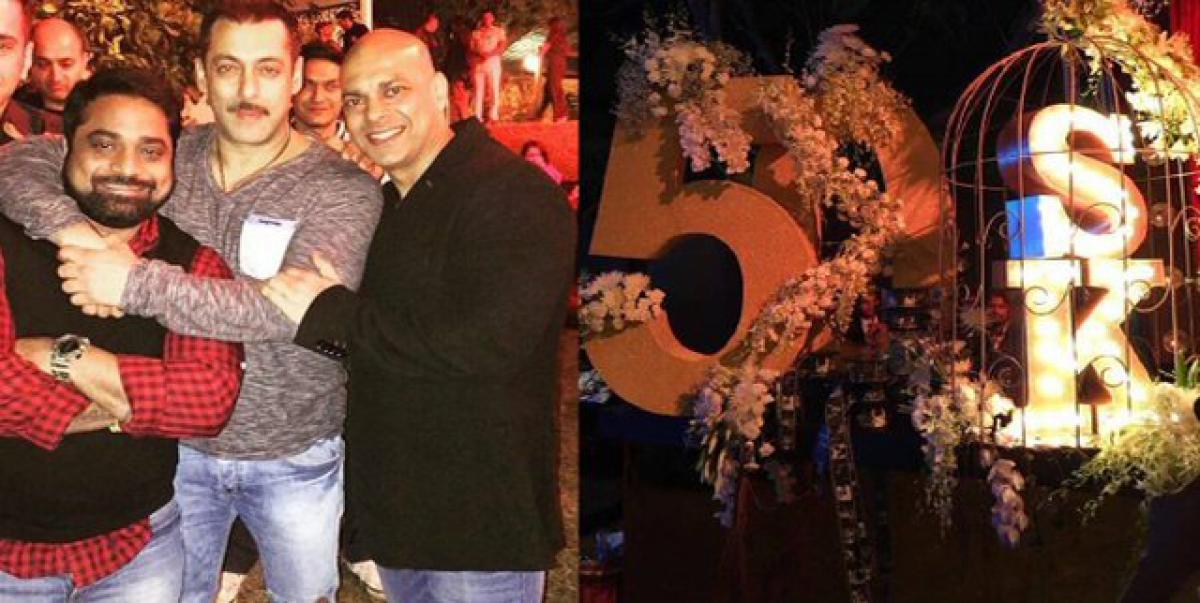 Salman Khan has turned 50 and Bollywood’s most desirable bachelor has organized a grand bash at his Panvel farmhouse with the who’s who of Bollywood making their presence at the party. The entrance of the farmhouse has been set no less than a movie set right now with the lights leading to Being Human enough to set the celebratory mood.

While Salman’s rumoured girlfriend Iulia Vuntur is also expected to be at the bash, the birthday pictures are yet to reveal her presence. Have a look at Salman's birthday bash photos: