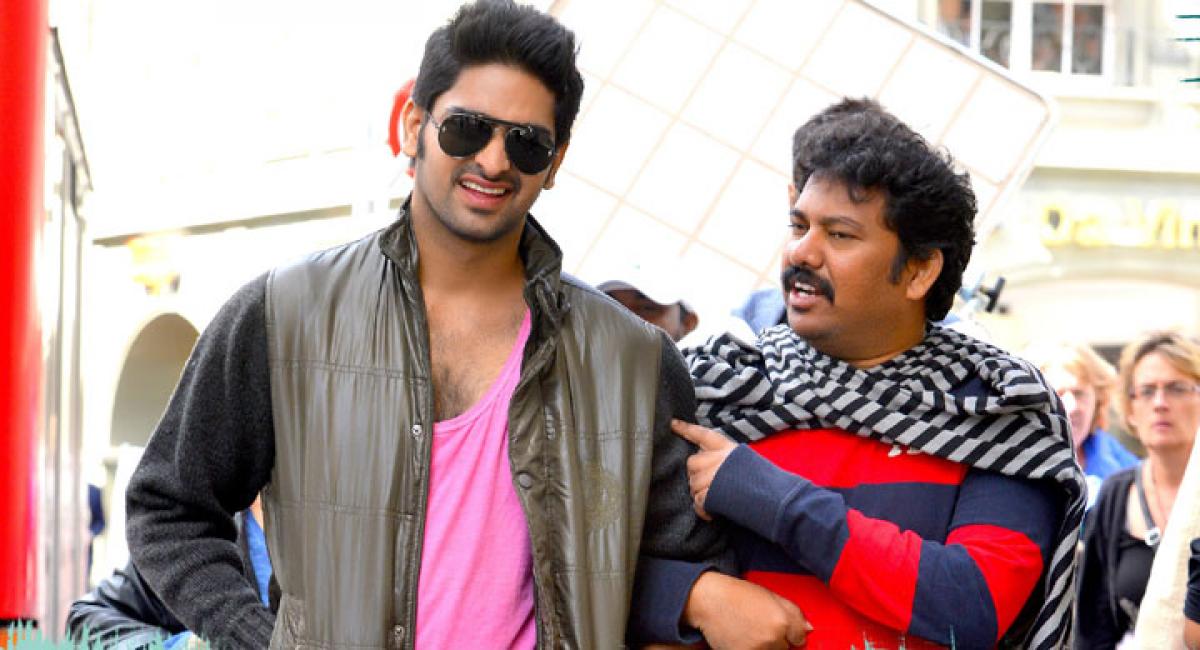 With two anticipated films in the fray for release – ‘Nenu.. Sailaja…’ and ‘Killing Veerappan’ – on the first day of the New Year, director Ramesh Varma is extremely upbeat about the prospects of his next, ‘Abbayitho Ammayi’, starring Naga Shaurya and Palak Lalwani, at the turnstile.

With two anticipated films in the fray for release – ‘Nenu.. Sailaja…’ and ‘Killing Veerappan’ – on the first day of the New Year, director Ramesh Varma is extremely upbeat about the prospects of his next, ‘Abbayitho Ammayi’, starring Naga Shaurya and Palak Lalwani, at the turnstile.

“Buyers had watched the film without a background score, before purchasing the rights. After the re-recording, composer Ilaiyaraja garu advised me to dub it in Tamil too. Luckily, producer C Kalyan came on board to distribute it in Tamil,” he avers with an air of confidence. “My friends have seen the film and they gave it a thumbs-up. I’m not afraid of the result as I’m sure the film will resonate with audiences of every class.”

Ramesh insists he wanted to make a love story after ‘Ride’ did well, but producer Bellamkonda Suresh had other plans for him. “He wanted me to make a film with Balakrishna garu. In fact, even the script was locked but I exited it as I felt it was too early for me to do a film with a hero of his image,” he recalls, adding, “Later I thought of remaking ‘Race’ in Telugu with Ravi Teja and Gopichand. But the latter refused to be a part of it and so Ravi Teja suggested that I make ‘Veera’ with him.”

‘Abbayitho Ammayi’, according to Ramesh, is a love story, which touches social media in a positive sense. “It’s the story of a girl and a boy who fall in love courtesy social media. They are neighbours who aren’t aware that they are anonymously in love on social media,” he states, adding, “I’ve highlighted how the behaviour of an individual varies once he/she meets their social media acquaintances in person.”

Ramesh says he got a free hand from the producers. “I started out to make the film under Rs 3 crore but ended up spending Rs 6 crore. But the producers had no issues with it,” he chuckles. Up next, he will be taking ‘Vastha Nee Venuka’ on to floors “with a big hero”. “I’ve altered the title to ‘Idedho Bagunde Cheli’. It will be a triangular love story and will flag-off in March,” he concludes.