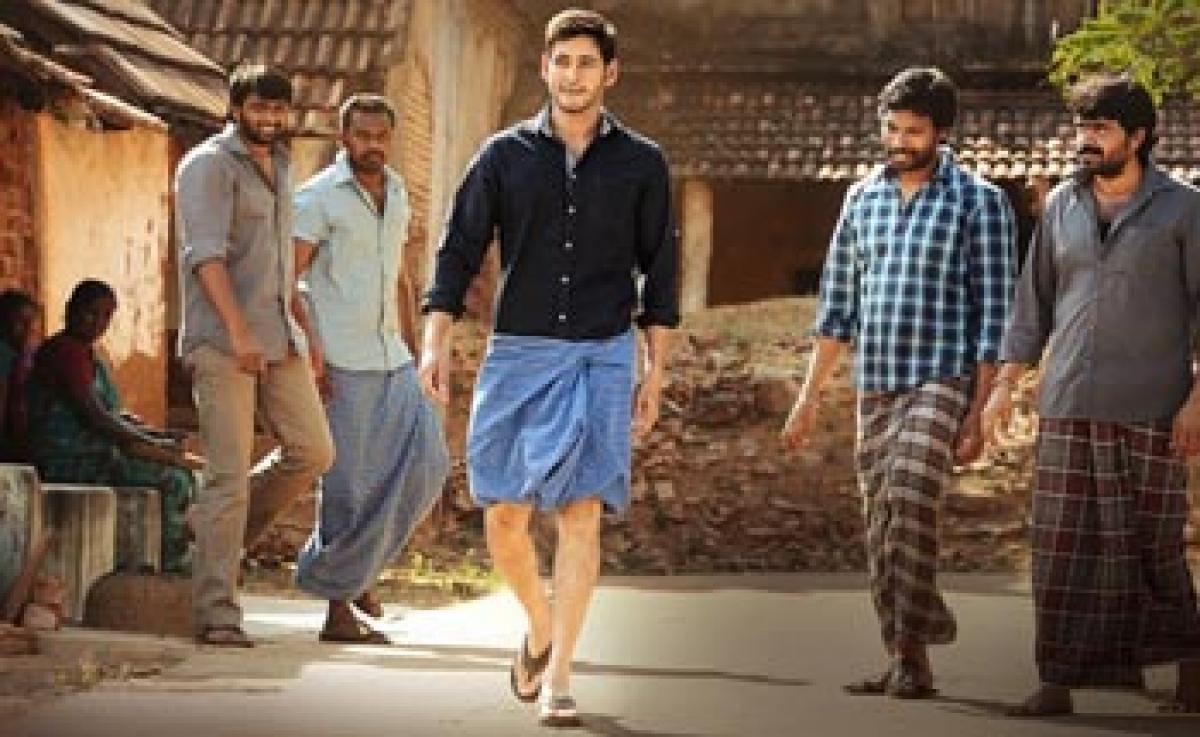 A billionaire’s son declines to inherit his father’s property,  goes to his village and takes up development works. This is a storyline of blockbuster movie ‘Srimanthudu’. Tollywood superstar Mahesh Babu played the inspiring role of Harsha, who adopts a village to take care of rural folk.

Siddhapuram (Mahabubnagar): A billionaire’s son declines to inherit his father’s property, goes to his village and takes up development works. This is a storyline of blockbuster movie ‘Srimanthudu’. Tollywood superstar Mahesh Babu played the inspiring role of Harsha, who adopts a village to take care of rural folk.

Full of exuberance the actor tweeted on September 28 last year that he was adopting Siddhapuram as part of his initiative to pay back to society. “After much thought @KTRTRS garu and myself have chosen to adopt Siddhapuram village of Kottur mandal in Mahabubnagar district (sic),” Mahesh posted on Twitter.

When the star announced his plans, happiness of people of Sidhapuram knew no bounds. Everyone hailed his gesture. After four months things have remained unchanged. Residents are eagerly waiting for developments. As many as 720 families, with a population of 3,400, live in the tiny village, 50 km from Hyderabad.

Three thandas---Engulamadgu, Chintagattu, Pulicharlakunta--- form part of this panchayat. There are no cement and concrete roads in these areas. Dilapidated building of local school is too small to accommodate 280 students. Villagers face problems like lack of drinking water and toilets.

“We have to run 25 km in the event of any health emergency. We grow cattle and transport milk to nearby towns. We don’t have facilities like dairy and even a veterinary hospital here”, said E Narsamma, Sarpanch. They are hoping that the star’s gesture may get them some goodies. “We have government land.

We can ask the government for necessary permission for setting up a dairy. All we need is a good start from his (Mahesh Babu) side,” hopes Jangayya, a villager. After the star’s announcement some ‘fans’ visited the village and took stock of the situation. They photographed the conditions creating high hopes among locals to expect a lot from Mahesh Babu.

Months have gone by but none turned up. “We went to see the star. He didn’t speak. We took photographs with him and came back” said Srinivasa Reddy, a villager. With no communication from Mahesh Babu villagers are facing a tricky situation.

“Whenever we go to a government office for help, the staff say why do you come here? Your village has been adopted by a super hero”, Krishnaiah, another villager said, quoting a government employees. “People call us ‘Srimanthulu’ ;we are not sure whether they are ridiculing us”, he remarks.
MPDO K Bhagavan Reddy confirmed that there was no progress since the star made the announcement.

“The village is on the border with Ranga Reddy district, near Shamshabad, where film industry bigwigs have properties, like farm-houses and land”, he said. Villagers fear that the star may drop his decision. They still want him to extend help to develop the village.