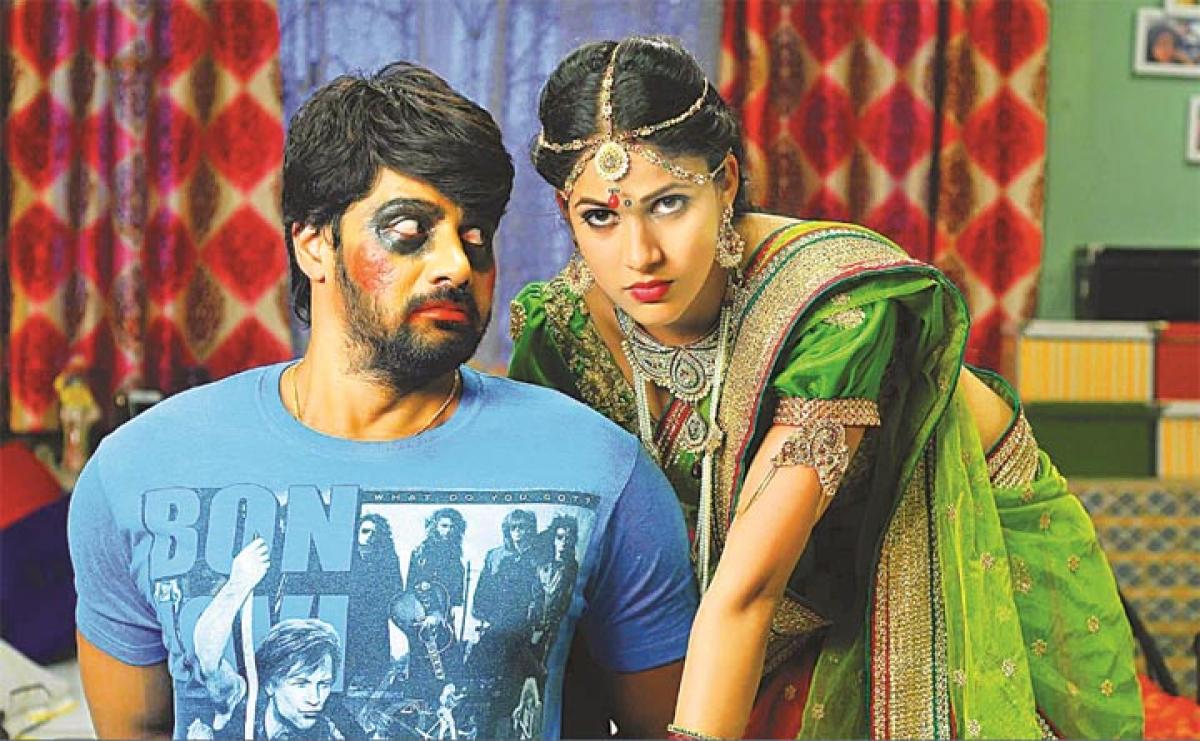 While the title of the film may suggest accounting, the script falls woefully short of any such requirements. It is totally unaccountable. Cinema is not just about telling a tale in moving images. It is also not just about putting together star aspirants and plugging them into characters that tell the tale or keep the viewer engaged for about two hours.

While the title of the film may suggest accounting, the script falls woefully short of any such requirements. It is totally unaccountable. Cinema is not just about telling a tale in moving images. It is also not just about putting together star aspirants and plugging them into characters that tell the tale or keep the viewer engaged for about two hours.

Sometimes it is about passion, sometimes style or a fluent flow or a committed display of thought in action. But debutant director T Jagadish needs to be patted for eschewing all or any of the said stereotypes and placing together the material to last about two hours. While brevity is the soul of wit, filmmakers who make brief films would well realise that an end product with only that for a virtue could bring about a product that is ghastly- soulless so ghostly.

Jagadish starts off with a conventional romantic track -- the boy meets girl; they dislike each other and eventually fall in love. The love story is somewhere a non-starter, so he decides to back a crime story so we have a bank heist of sorts, a brewing scandal with villains and people in the bank scheming to siphon off crores of unclaimed monies from a private bank. Even this is not moving anywhere.

Now he decides to spur up the narrative with ghosts and supernatural beings. The connect is a weird sense of humour where you can safely laugh since you are in a theatre. Devi (Lavanya Tripathi) is a girl living single in flat and working for Janata Bank whose manager Somayajulu (JP Reddy) trusts her implicitly.

Her next-door neighbour and colleague Naveen (Naveen Chandra) is the good for nothing guy who is desperately looking for quick money. The twain will not meet. However, you know that romance is brewing. Now he is targeted by a couple Mahesh (Ajay) and his moll (Bhanu Sri) who force him to smuggle out from the details from the bank of persons who have left huge amounts without claimants.

Even as Naveen plays a confidence trick on the trusting Devi, the wheels keep moving in sharp circles. Everyone has some seeming skeleton in the cupboard and is trying hard to get the booty or outsmart the other. It is obvious that it is the filmmaker who outsmarts the viewer and his naïve indiscretion.

The ‘Andala Rakshasi’ pair comes back together only to erase the credibility of their first outing. It is Jayaprakash Reddy who proves yet again that he has more to do then the elder factionist from Rayalaseema. He gets a role finally proportionate to his physical being and makes the best of it. Veteran composer Keeravani’s music is forgettable.

This one line story of a couple being caught in the midst of a bank fraud with ghosts and humour clearly establishes that the filmmaker is equally inept in all genres.