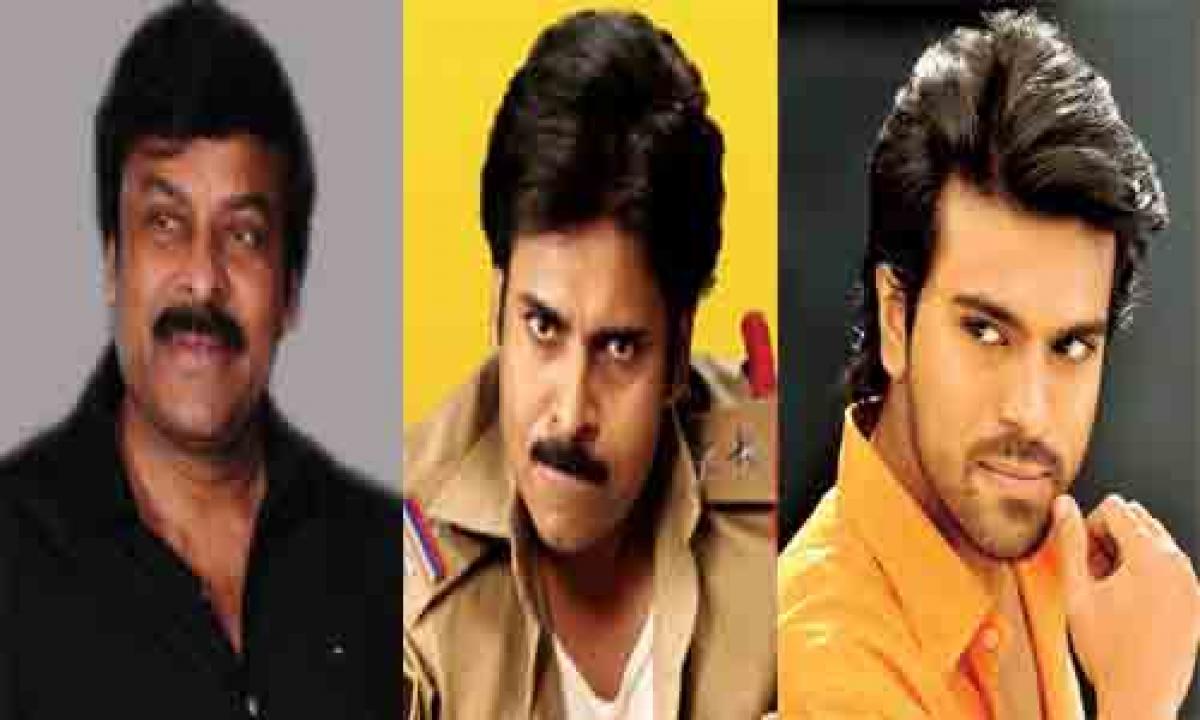 The shooting of Pawan Kalyan\'s much awaited Sardaar Gabbar Singh is progressing at a brisk pace and adhering to timelines. The movie is all set to hit theatres on April 8.

The shooting of Pawan Kalyan's much awaited Sardaar Gabbar Singh is progressing at a brisk pace and adhering to timelines. The movie is all set to hit theatres on April 8.

The buzz is that Pawan Kalyan is not only acting but also taking care of screenplay and dialogues. Pawan, who is also one of the producers of the film, has reportedly decided to hold the audio function in Amaravathi.

Megastar Chiranjeevi and Ram Charan have already visited the sets of Gabbar Singh and spent time with Pawan.Sources close to Pawan say that all the mega heroes are expected to make their presence felt at the audio function to send out a clear signal that they are all united.

Pawan has a huge fan following in Coastal districts but with the recent Kapu agitation, several leaders from the Kapu community expressed their ire at Pawan for his minimal support to the agitation and some fans even damaged his posters.