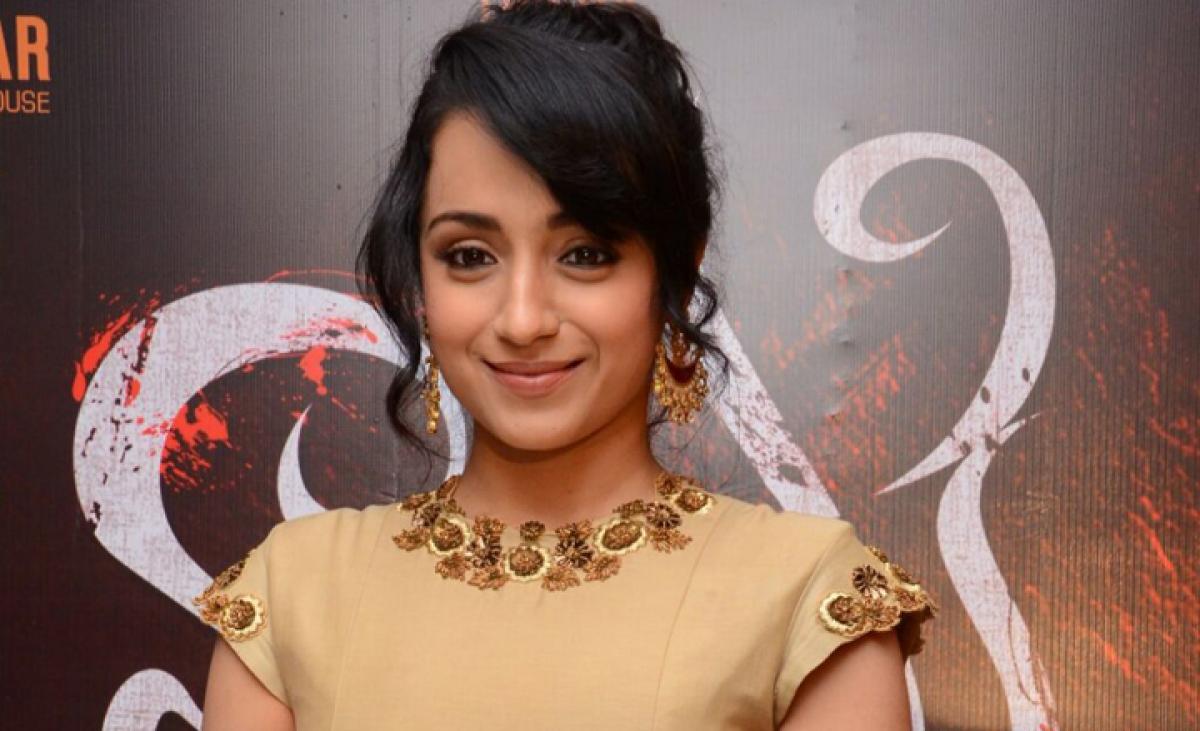 Talk about professionalism? Pick Trisha! The actress, we hear has recently shot for her forthcoming bilingual (Telugu and Tamil) ‘Nayaki’ despite a...

Talk about professionalism? Pick Trisha! The actress, we hear has recently shot for her forthcoming bilingual (Telugu and Tamil) ‘Nayaki’ despite a bout of viral fever.

The story goes like this: when the makers of ‘Nayaki’ decided to wrap up the shoot in time, Trisha readily obliged. However, in the last minute she fell badly sick, but to the unit’s surprise, she had no grumbles and walked the extra mile and continued with her schedule.

Recalling the incident, an official from the production house revealed, “We are grateful to Trisha for her dedication. She was running high temperature but was kind enough to shoot on triple call sheet for the last five days continuously to ensure that the shoot was wrapped up on time.

Instead of taking a break to recuperate from sickness she took injections and pills and turned up for shoot.” The Govardhan directorial is currently in the post-production.